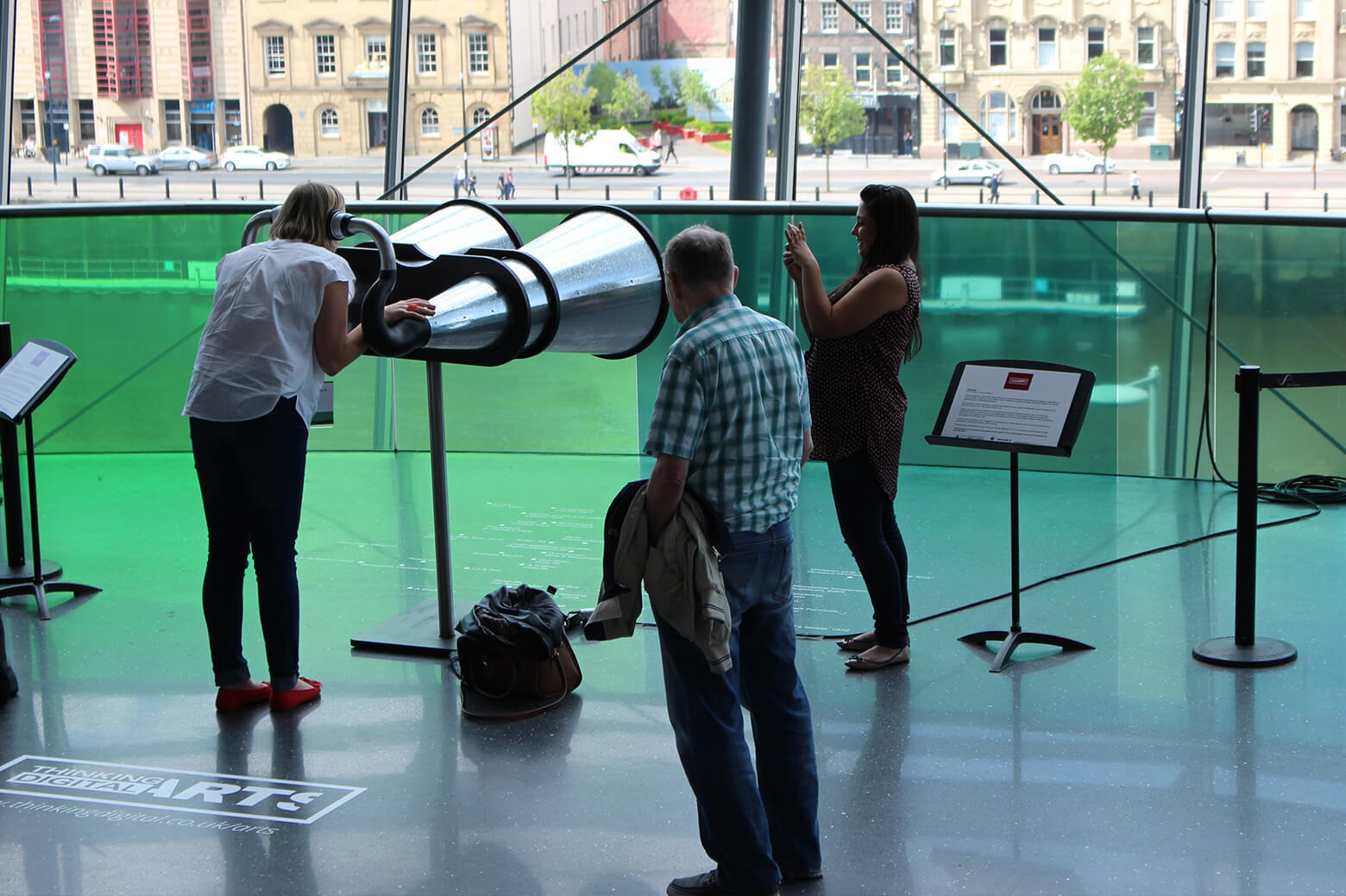 The University has offered AHRC-funded PhD studentships in Arts and Design since 2004, as part of AHRC Research Grants and Collaborative Doctoral Awards.

2008 to 2019, PhD Studentships in Art and Design were offered as part of the Block Grant Partnership, then the Northumbria-Sunderland AHRC Centre for Doctoral Training (CDT) in Art and Design. Seventeen researchers in the areas of Glass and Ceramics, Digital Art / Curation, and Design gained bursaries and fees to research subjects including:

2017 and 2018 Northern Bridge Doctoral Training Partnership (NBDTP) and Northumbria-Sunderland Consortium in Art and Design (N-SC) jointly secured 16 awards, funded by the National Productivity Investment Fund (NPIF) with AHRC, including studentships with a specific in interest in Artificial Intelligence (AI) and Data-Driven research, in relation to the Creative Industries. Researchers and their industry partners include:
Georgia Smithson New Models for Collecting and Distributing Media Art (with Northern Gallery of Contemporary Art)
Simeon Soden Blockchain, Audiences and Music Distribution (with Sage Gateshead)

Arts and Humanities Research Council (AHRC) is the UK funding body for the arts and humanities.

Each year the AHRC provides funding from the Government to support research and postgraduate study in the arts and humanities.
Only applications of the highest quality and excellence are funded. Research supported by this investment provides social and cultural benefits and also contributes to the economic success of the UK.

For further information on the AHRC, please see www.ahrc.ac.uk.