These films have proved invaluable as training resources for the police and a vast number of stakeholders from counselling services and law, to healthcare, secondary, tertiary and higher education. 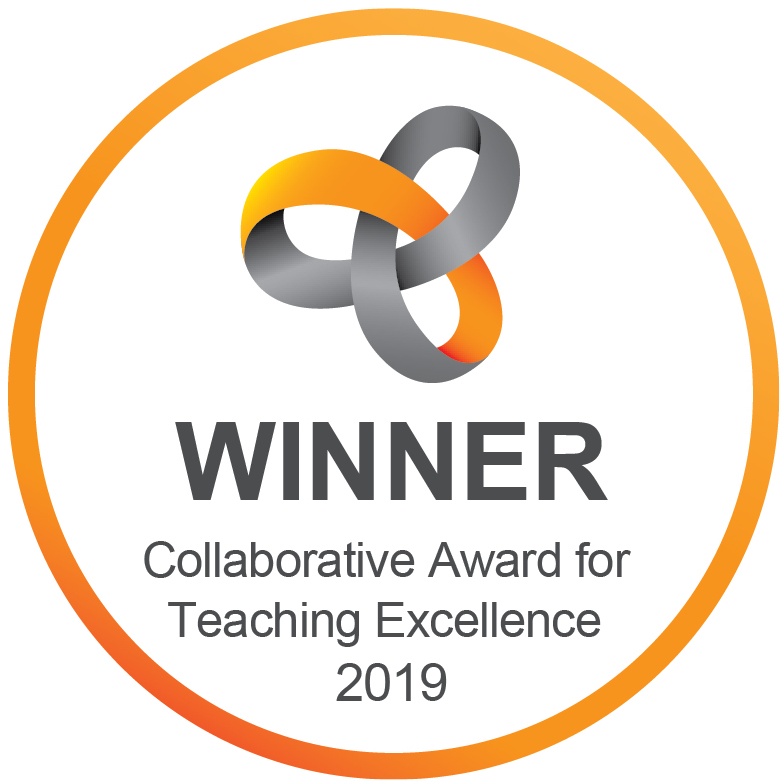 The University of Sunderland’s Crime awareness student film projects, in collaboration with Northumbria Police and its Sexual Assault Referral Centre won The Collaborative Award for Teaching Excellence (CATE) which recognises and rewards collaborative work that has had a demonstrable impact on teaching and learning. Introduced in 2016, the scheme highlights the key role of teamwork in higher education. 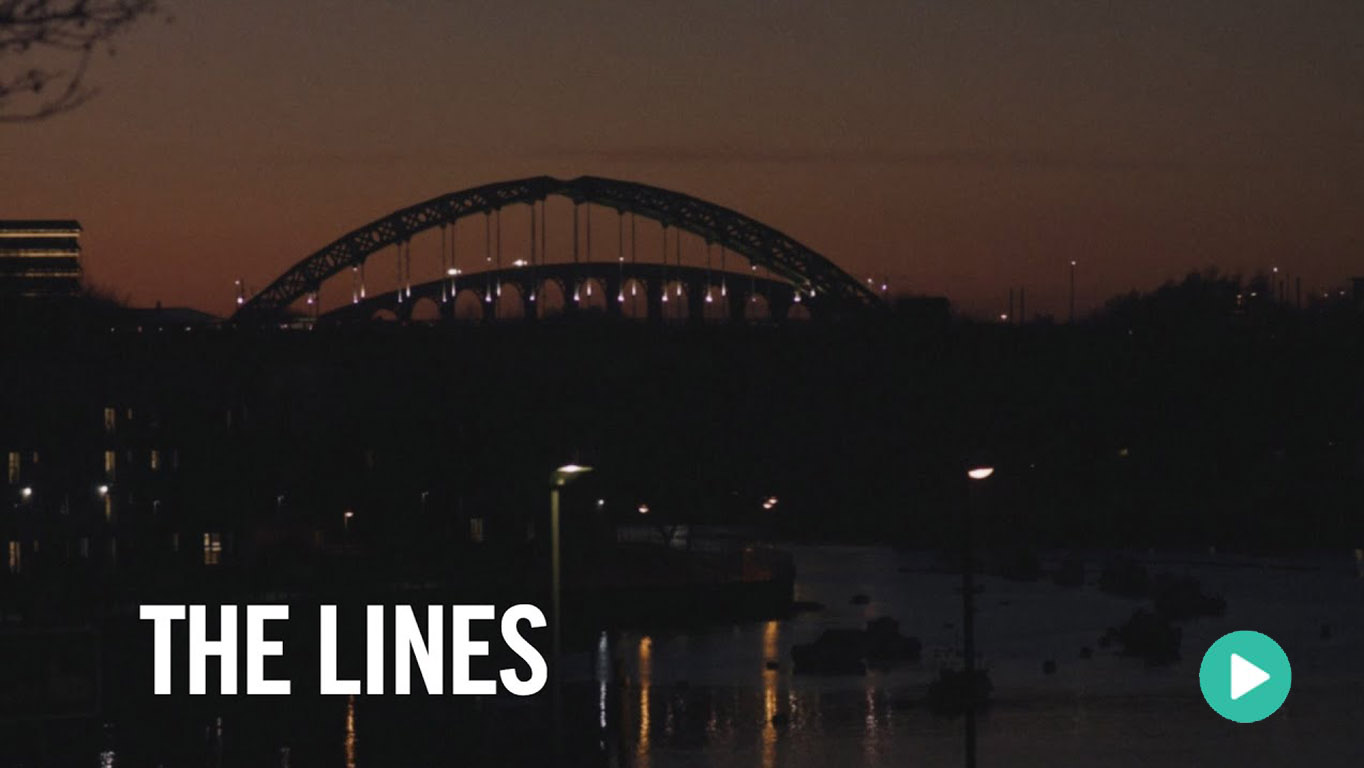 2020 winning film The Lines follows the journey of a young girl who has been working County Lines for some time, and the situations she must face in navigating this dark world. 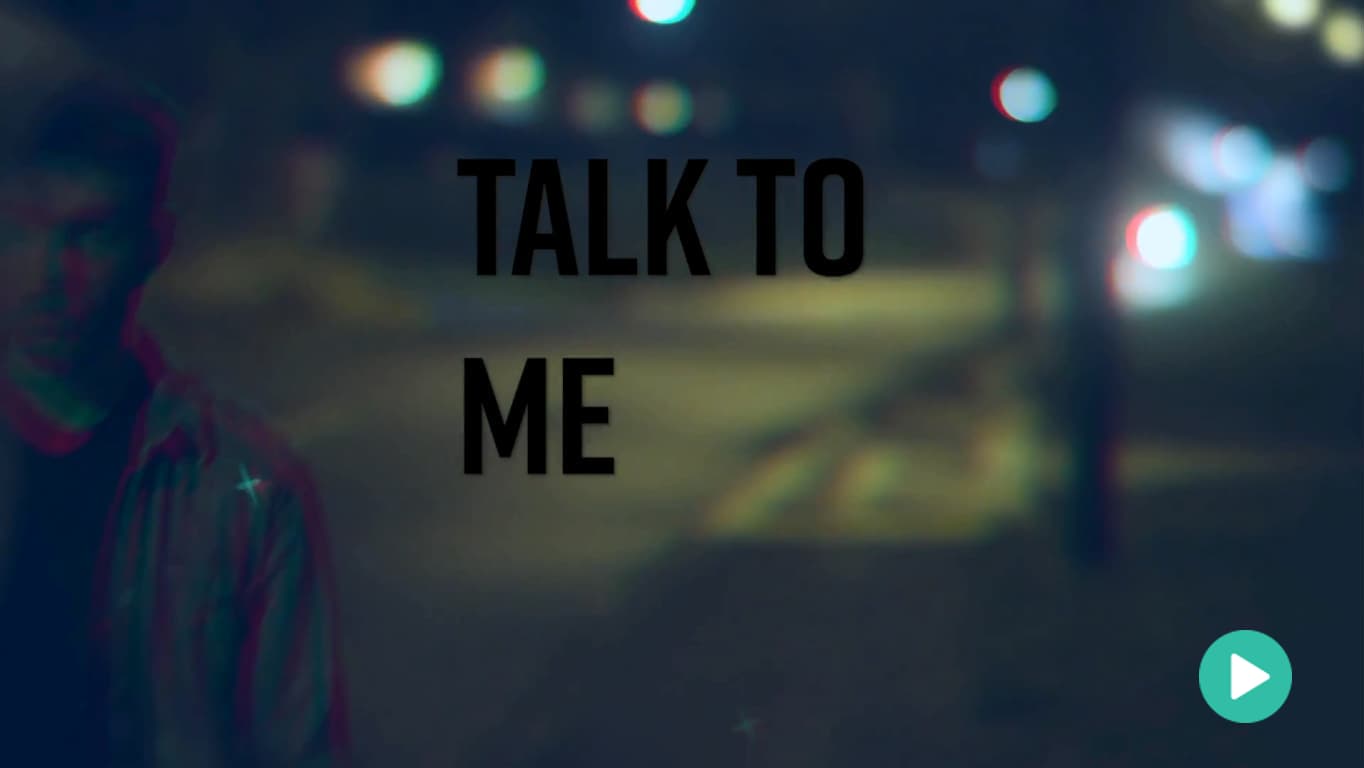 ‘Talk to Me’ is the winning film from 2019 and a part of a series that looked at ways to raise awareness and support males who find themselves the victims of a sexual crime, which remains undisclosed in many cases. 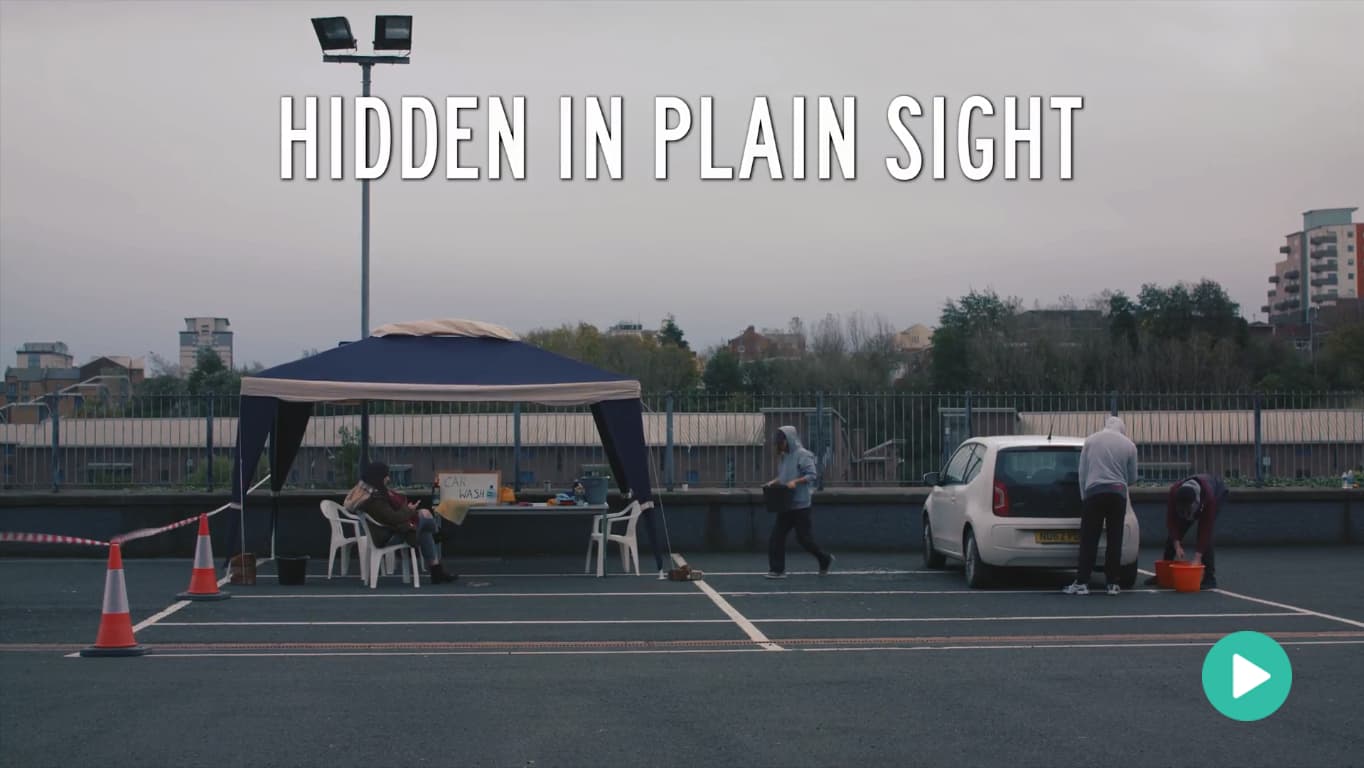 The winning entry from 2018, ‘Hidden in Plain Sight’, showed the devastating impact that slavery has on a group of victims' lives. Northumbria Police and SARC were looking at ways to raise awareness and support people who find themselves the victims of slavery, which still exists affecting men, women and children, across every level of society. 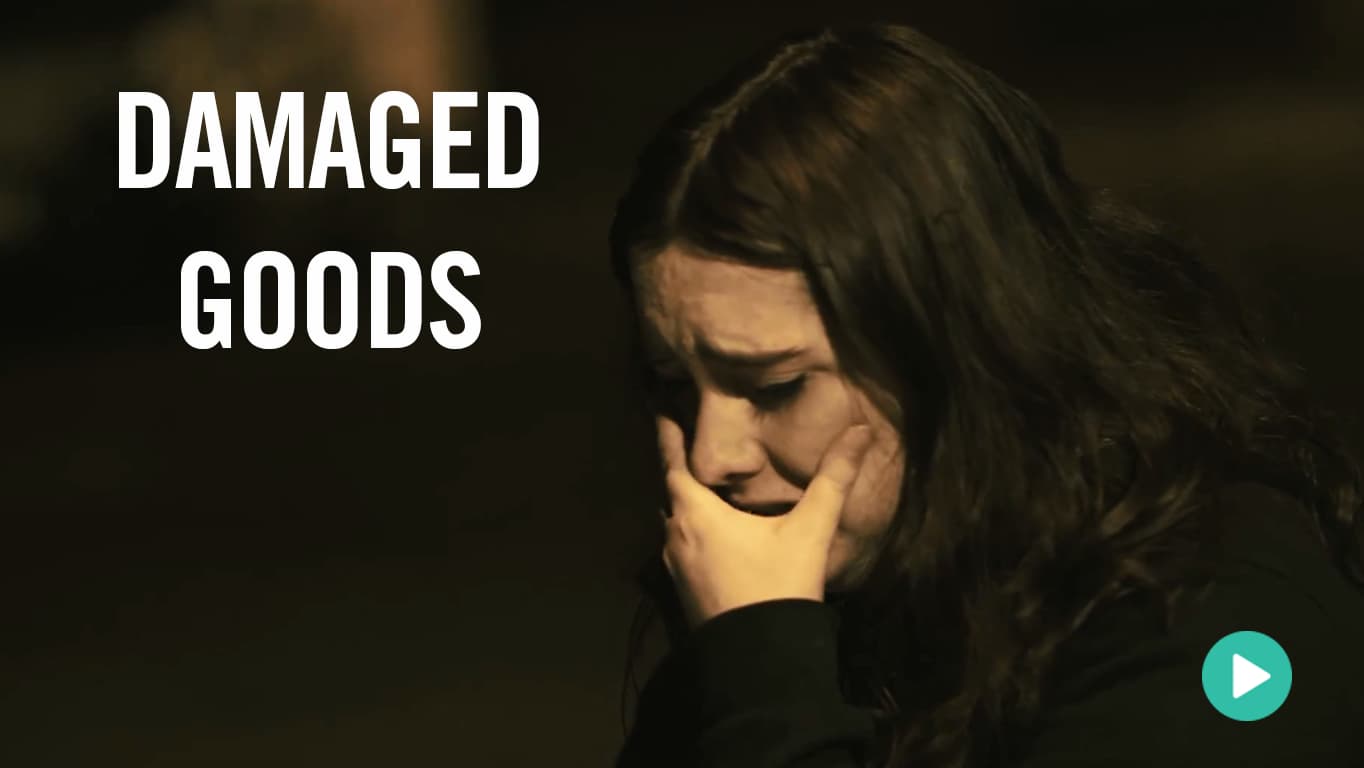 The winning film from 2016 created to help raise awareness of child sexual exploitation. 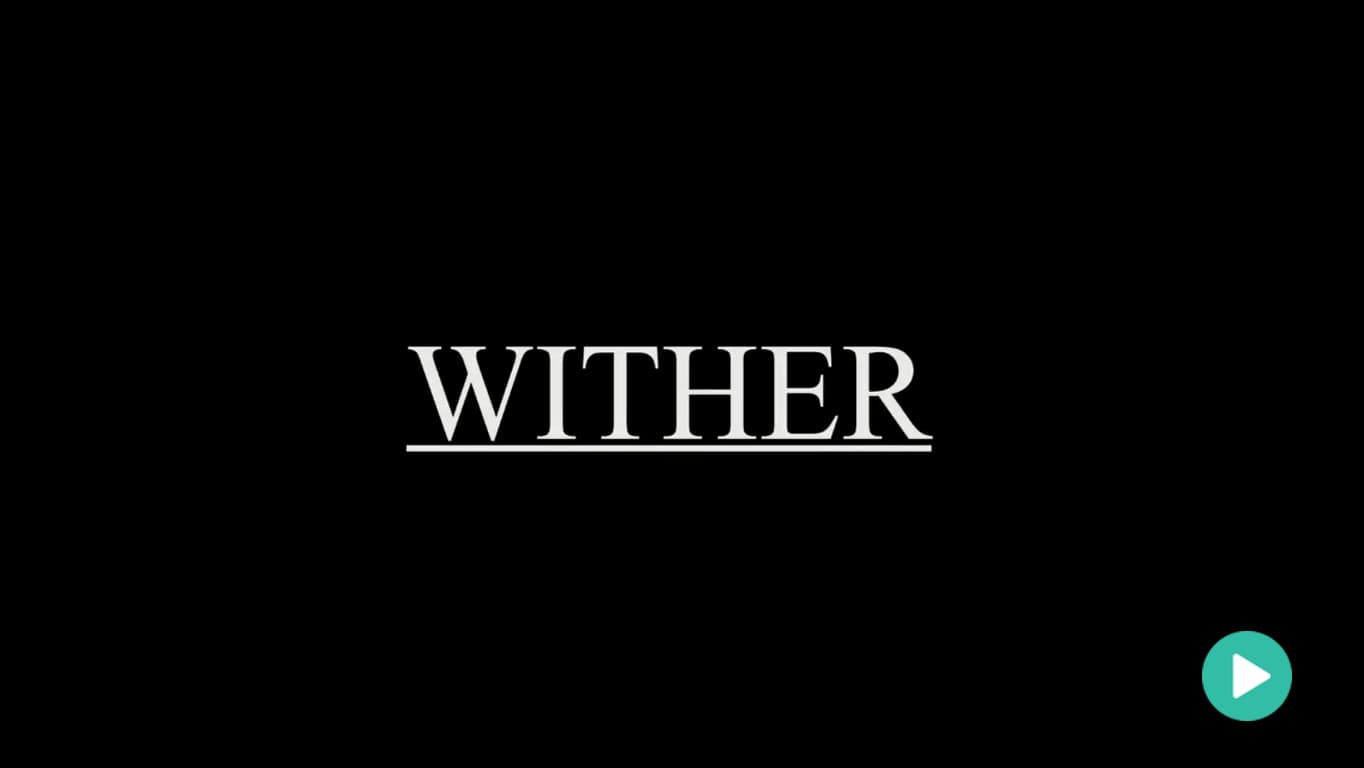 A short film with the aim of raising awareness of child sexual exploitation. 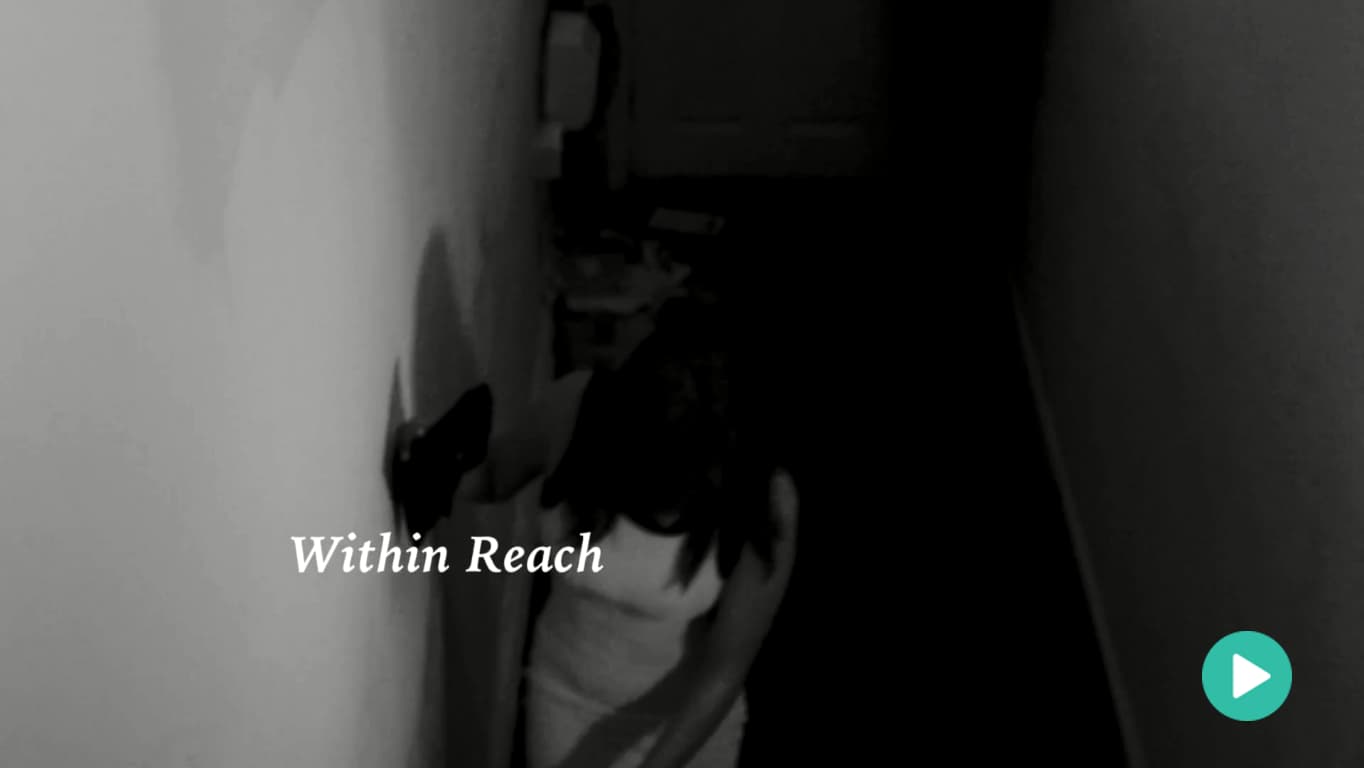 'Within Reach' is a winning short film from 2015 created based on the subject of consent and capacity to consent. 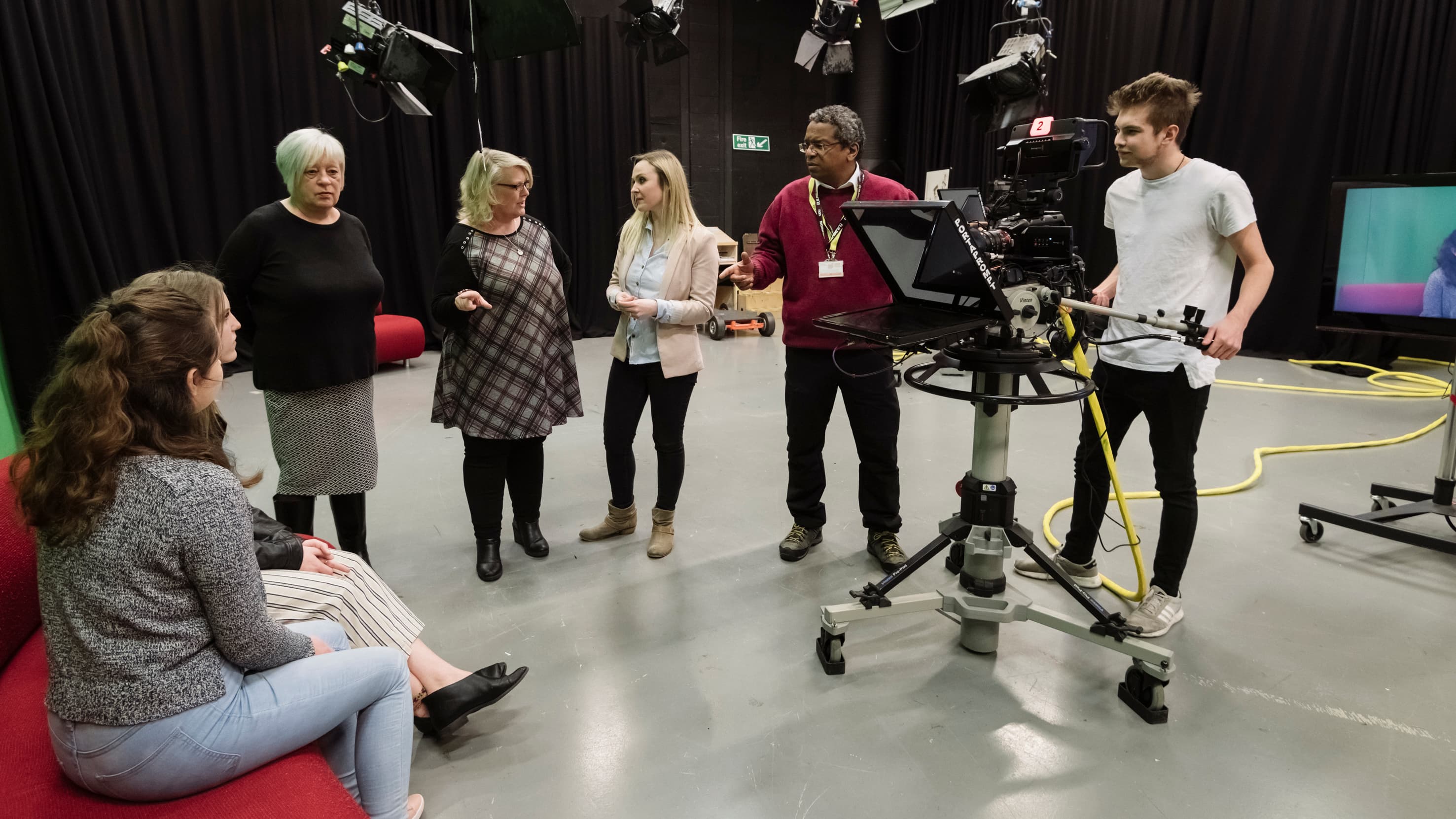 Drama and film making are used as powerful tools in affording viewers an insight into how they might potentially move from being passive to active bystanders should they witness/experience such behaviours in real life.

"The University has consistently responded to our briefs by producing fantastic films on difficult issues. The University has not shirked from these issues. What you have done for the Police is transmit messages in a way that we cannot. These films will be used by Northumbria Police to share these messages far and wide"

We developed the annual award’s ceremony in order to officially promote the films. The films are screened before an audience of invited guests, including delegates from Northumbria Police and its SARC. 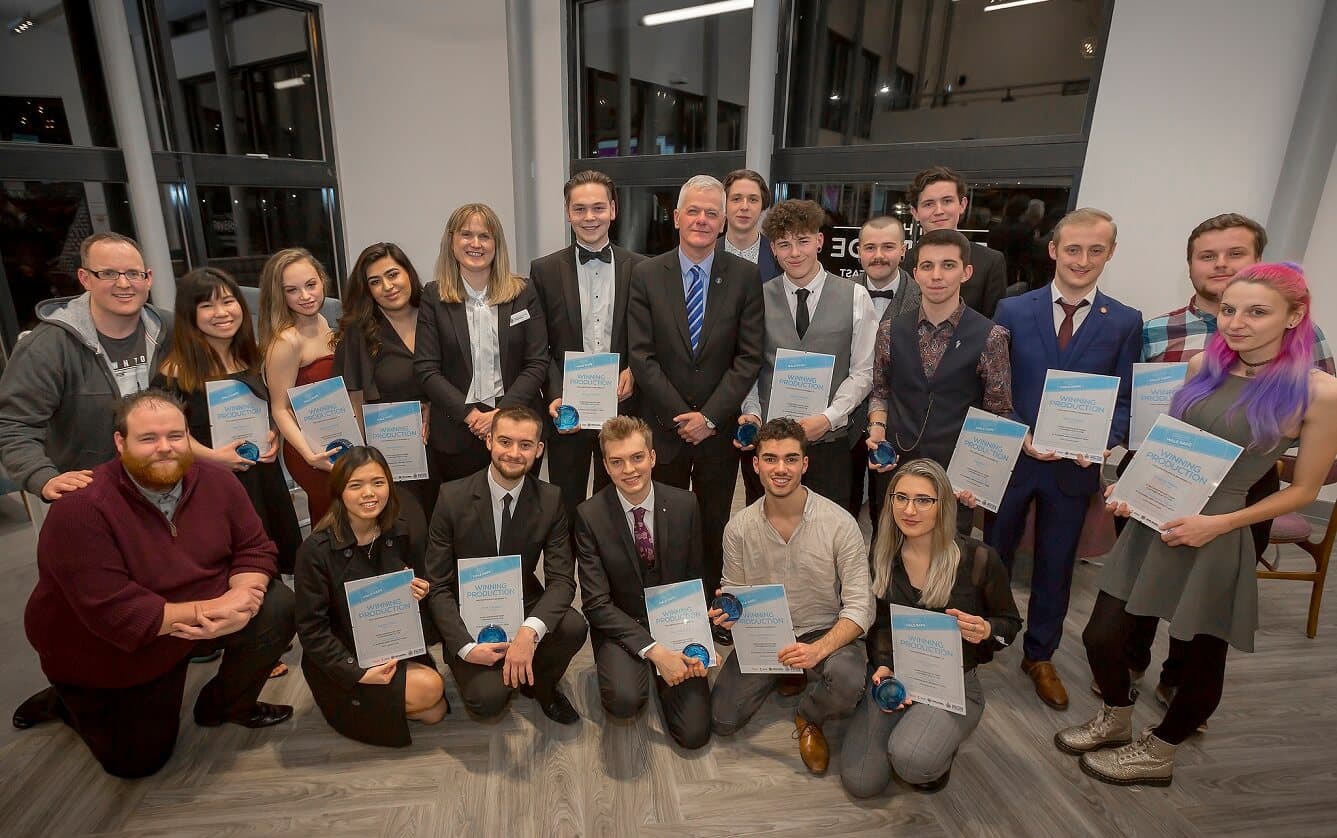 There have been speeches from key industry figures including ITV’s News Correspondent Alastair Stewart OBE, Ruth Durham, Director of Policy Performance and Scrutiny at the Office of the Police and Crime Commissioner for Northumbria Police and Assistant Chief Constable Rachel Bacon; who praised the students’ professionalism and creative efforts and promoted the importance of the films.

There is also a competitive element to the ceremony where SARC selects a film that most successfully meets their brief. Although only one group secures this accolade, all films are used for training and education purposes.

We also work to ensure that the event is disseminated by the press on a local and national scale.

SARC work to distribute the films amongst a wide client base in schools, colleges and sixth form, and showcase the work at the UK Association of Forensic Nurses & Paramedics (UKAFN) conference. 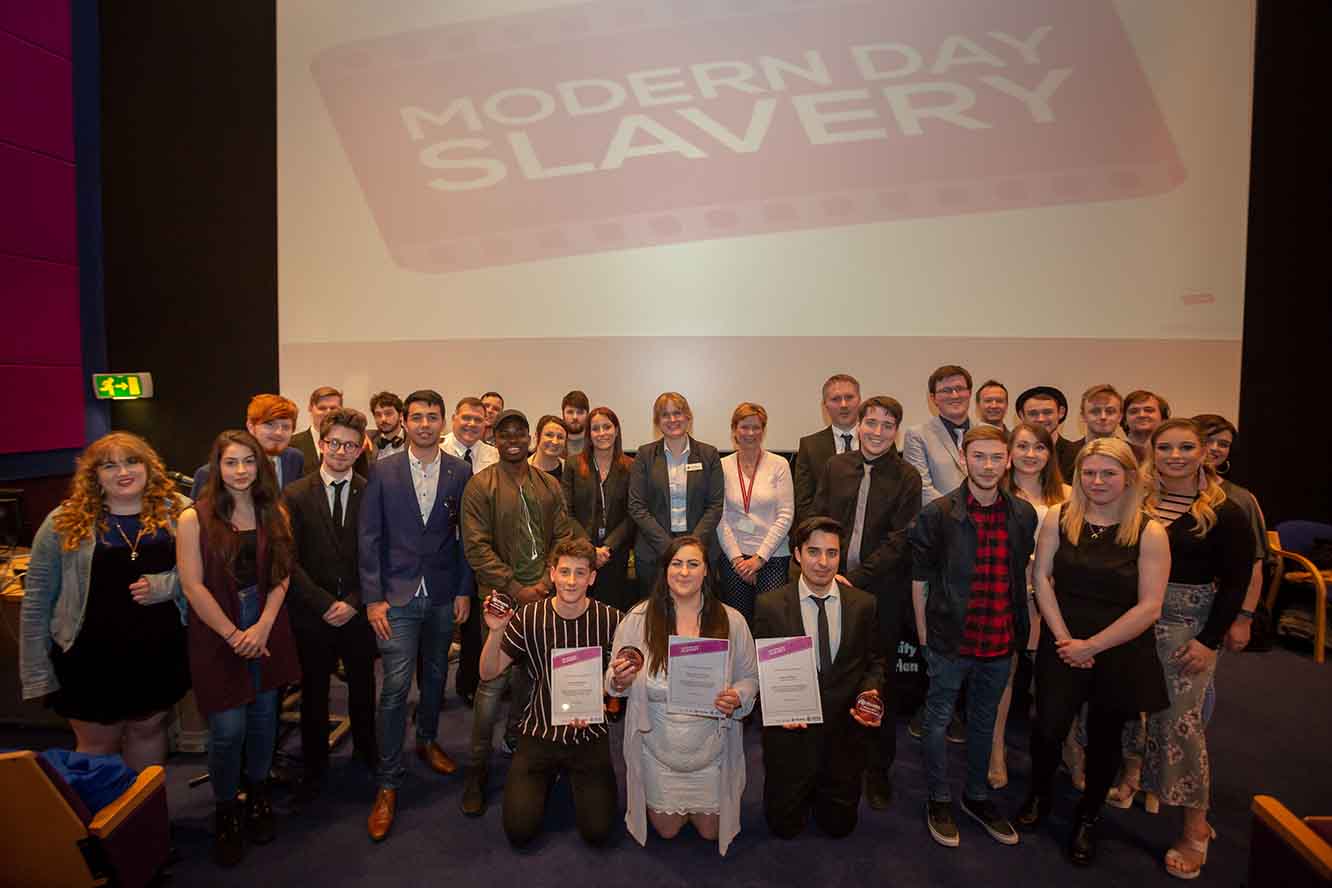 "We do a lot of proactive engagement with partners and schools to help educate young people, parents, teachers and carers about issues […] The films the students have produced are a great resource to help with this engagement, and will hopefully lead to more people coming forward if they see something that doesn’t seem right"

Positive impact on the employability of graduates

During the production of films, students have raised societal awareness of a diverse array of serious crime, as well as gaining core transferable skills. The impact of this module has led to consequent developments across the faculty, for example, films, performances and opportunities that have been used as educational tools in a range of contexts outside of the university.

Experiential learning in the projects has afforded opportunities for students to experience and develop professional skills for employment. The project also promotes the opportunity for learning in a social context. The project has a demonstrable positive impact on the employability of graduates. 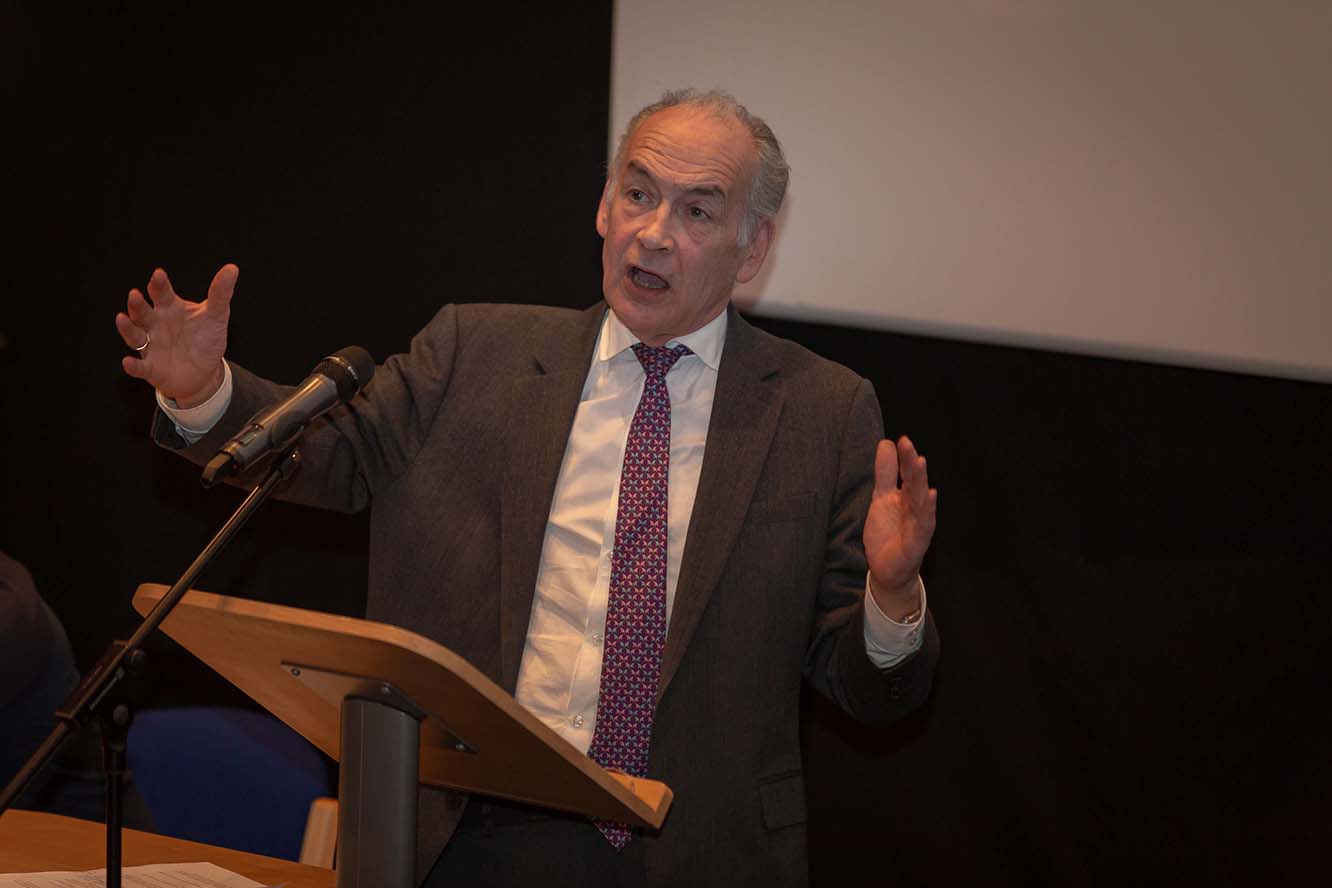 Sir David Bell
Vice Chancellor of the University of Sunderland

"For our students, having the opportunity to work on a live client brief with the real potential to impact upon the community is, of course, excellent experience. But more important than that, it achieves what is at our University’s core – a commitment to make a positive impact on society"

"An asset in raising awareness"

"We use this footage whilst training"

"We use the film in our multi-agency training and for different events/conferences to highlight the risk around people who are targeted for exploitation."

"They portrayed so well the internal turmoil the clients feel"

"This performance portrayed brilliantly the emotions victims are dealing with. The students did a wonderful job, and were able to get some powerful messages across far more effectively than any other training I have been on thus far. The students had done their research well and this was evidenced in the accuracy of the drama. It was such a powerful way to dramatise a number of abusive behaviours."

"The knowledge that the films could have some serious impact has made it all worth it. It’s impossible to ignore the developing social awareness mental health has seen in recent years and I think raising awareness around these stigmatised issues is important to developing our humanity and our understanding of one another. To be able to get people thinking and talking about how an ordeal such as this can affect people is the only way we can remove the stigma."

"Without this fantastic opportunity, my showreel wouldn’t be half as strong"

"Whilst the typical university modules seemed to teach us theoretical and practical creative techniques to implement within a short film, producing a film for Northumbria Police with specific aims and objectives was perhaps the first time I got a taste for what it’s like to work on a client’s brief. Now we had to use our creativity to make something in line with the client’s vision, which was an interesting challenge for me as the film’s producer. It taught me valuable lessons in time/budget management, communication and collaborating with people I had never worked with before. It definitely gave us a more ‘real-world’ experience whilst also being in the ‘safety-net’ of the University environment. It helped to lay the foundation of the way in which I now approach my freelance work, and being able to state that we produced an award-winning film is always good to have on the CV. I certainly think anyone that is serious about going into freelance filmmaking would gain a lot from this process, with the added bonus of knowing the work serves a good cause."

Glen Harris - producer of the film 'Behind Closed Doors', about sexual exploitation; a videographer and editor in London
BA (Hons) Screen Performance

Everything you need to know about studying Performing Arts

For anyone who has a passion for performing, a degree in Performing Arts can be your path to a fulfilling and hugely engaging career. Here at the University of Sunderland, our Performing Arts department has a proud history of delivering quality degrees that are an immersive, enlightening and interactive experience for students.

How to begin your career with a Performing Arts degree

We place a strong emphasis on ensuring you have the skills and experience that will catch the eye of a wide range of employers and prepare you to start your career from the moment you graduate. As a result, our graduates have gone on to enjoy careers in a range of varied and diverse careers including performance, management, education and many more.