The House of Commons Justice Committee has just published a damning report on the progress of the Government’s programme to modernise our civil justice system into one which is accessible, cost-effective and fit for purpose. It is a report which should focus the minds of all of those currently responsible for reforming civil justice. 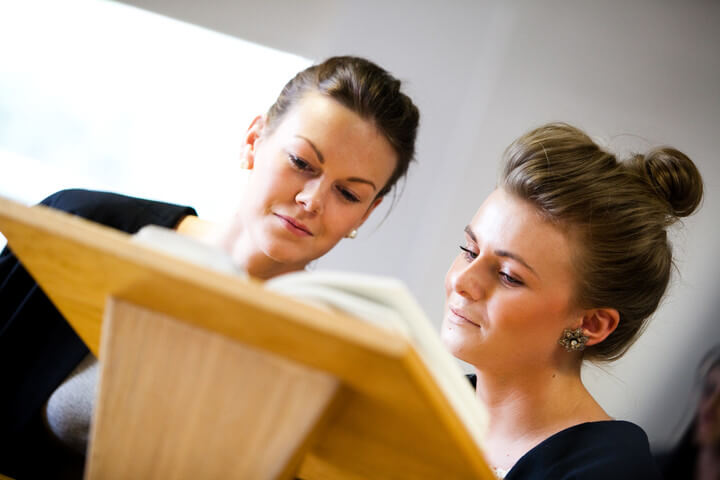 Access to justice is a basic right. The UK National Action Plan on Social Exclusion recognises this by giving access to justice similar priority to healthcare and education. In September 2016, the Ministry of Justice (MoJ) launched its court modernisation programme, laying out its vision to improve access to justice through increased usage of new technology, such as the introduction of virtual hearings and using online platforms to commence, monitor and potentially even adjudicate cases. This, they argued, would not only ensure that the justice system was available to all of those who needed it, but it would also make it possible to reduce the overall cost of running the court service by enabling the MoJ to close court buildings and reduce staff numbers. All of this was to be achieved by 2022 at an initial estimated cost of £700 million.

The modernisation programme was driven by a number of competing factors. Firstly, following the pledges made in the Spending Review 2010, the UK government’s austerity programme and the necessity to streamline the justice system through closing underutilised courts, ‘reducing back office and administration costs by 33 per cent’, and cutting the Ministry of Justice budget by 40% between 2011 and 2020. Other factors included the failure of previous reforms to control and reduce the excessive costs, delays and complexity involved for a litigant who wished to engage with the civil justice system, the substantial reduction in the availability of Legal Aid following the Legal Aid, Sentencing and Punishment of Offenders Act 2012, and the consequent rise in Litigants in Person (LiPs) appearing before the courts.

The programme also followed a full review of the Civil Court Structure carried out by Lord Justice Briggs between 2015 and 2016. Briggs LJ concluded that “the single, most pervasive and indeed shocking weakness of our civil courts is that they fail to provide reasonable access to justice for the ordinary individuals or small businesses with small or moderate value claims.” He placed this first and foremost, ahead of the “unacceptable” delays in the Court of Appeal, the “tyranny of paper” and its impact on the efficiency of the system, the use of “obsolete and inadequate” IT facilities and the “serious under-investment in the provision for civil justice outside London”. It can therefore be seen that there were two competing interests at the point the programme was launched; the first to improve the way in which court users could access the justice system, and the second to reduce the overall costs of keeping the system running. It was with both of these key objectives in mind that Her Majesty’s Court and Tribunal Service (HMCTS), an Executive Agency of the Ministry of Justice, embarked upon their programme of reform. 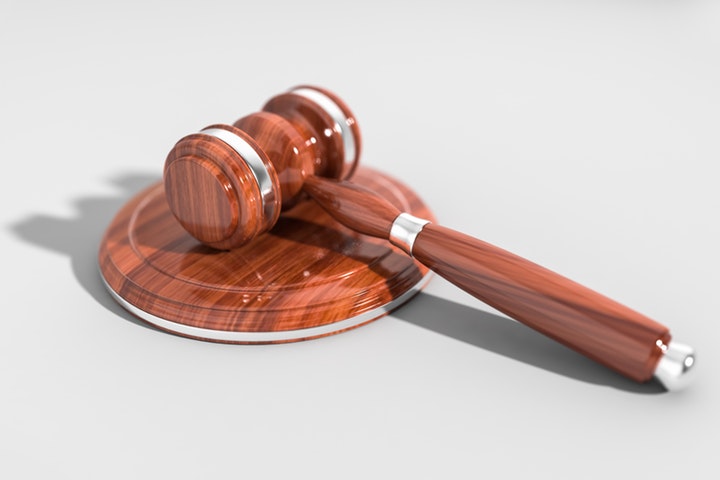 Where are we now?

Firstly, the good stuff. Over the past three years, there has been genuine investment and movement towards a more efficient and effective online system. The reforms, to date, have included a pilot of full video hearings in tax tribunals, the national implementation of a new in-court system to record the result of cases digitally, the introduction of a Civil Money Claims service (which HMCTS have reviewed and noted that more than 51,000 claims have been made since it launched in March 2018), the introduction of an online Divorce Service with more than 31,000 applications made since it launched in April 2018, and the creation of an Online Probate Service with more than 12,000 personal applications made since July 2018. This demonstrates that the migration of court services on to an online platform is taking place, with initial evidence showing that users, where data has been gathered, are broadly satisfied.

However, as the Justice Committee’s report demonstrates, this is not the whole story. There are significant numbers of unanswered questions surrounding how to deal with the problem of digital exclusion; that is to say those who are automatically prevented from engaging with the justice system on account of their unfamiliarity with or lack of access to a computer. The most recent Office of National Statistics data shows that that there are still 7.5% of adults in the country who have not even used the internet let alone navigate it. Furthermore, literacy barriers must also be taken into account; ONS data has also told us that 15% of adults are ‘functionally illiterate’. HMCTS’s response, as it has been consistently, is that a paper-based system will still run in parallel with the online system, however it appears from evidence submitted to the Committee that users will have to go online to find out how to submit the relevant paper application and obtain the forms, thereby entirely defeating the object of the exercise. The Justice Committee was clear that HMCTS has not yet taken sufficient steps to address the needs of such vulnerable users.

The reforms have also been taking place against the backdrop of a sizeable reduction in the court estate and frontline staff. Between 2010 and 2018, 90 out of 240 county courts, 28 out of 83 tribunal buildings, and 17 out of 185 family courts closed. Similarly, there were 17,000 FTE employees in HMCTS in 2014-15, which had fallen to 16,000 by July 2019 and, with the majority of staffing cuts being back-loaded, that number is expected to reduce to 11,300 by the end of the reform programme; an overall reduction of 29%. The closure of local courts has also, predictably, led to physical barriers being placed before court users. Evidence submitted from Shelter North East referenced the closure of Morpeth County Court and the transfer of all proceedings to Newcastle County Court, with the increased cost and journey time to Newcastle precluding some defendants in possession proceedings from being able to attend hearings scheduled to determine what is to happen with their tenancy, leading to orders being made in their absence. The Committee’s view was that there should be a stop on further court closure until ‘robust independent analysis’ has been done on the effect of closures already implemented, with a particular focus on access to justice, as well as a halt to staffing cuts until HMCTS is confident of being able to provide an acceptable level of service to court users.

HMCTS was also, justifiably, criticised for their lack of proper evaluative standards for the project thus far. The Committee recommended that the reforms be measured against the access to justice standards recently proposed by The Legal Education Foundation; that is to say access to the formal legal system, access to a fair and effective hearing, access to a decision, and access to an outcome. This, the Committee argued, will allow for a much more user-centred method of evaluation, as opposed to simply assessing the success of each phase of the reforms on the processes themselves. 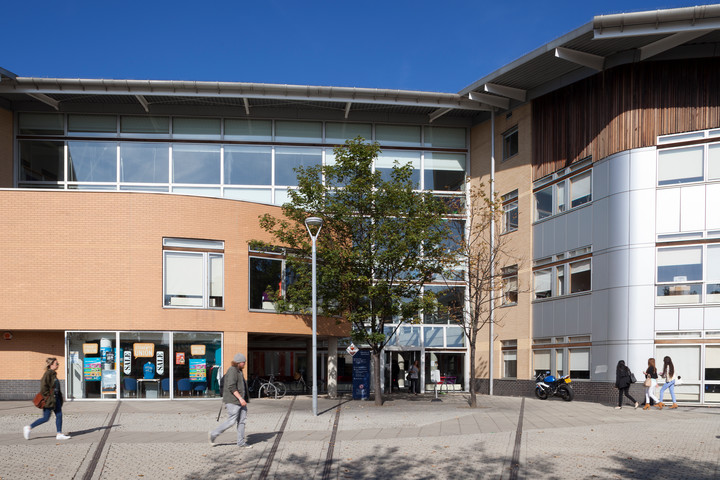 The court modernisation programme really is a once in a lifetime opportunity to cut through an archaic, expensive and overly complex system, and redesign it for the modern era with the needs of users firmly at the centre."

It is therefore clear from reading the Justice Committee’s report that, whilst the MoJ and HMCTS may have plans to ensure that access to justice is placed at the front and centre of the court modernisation project for the future, that is simply not what is happening at the moment. It seems that costs have been cut too quickly to allow for effective evaluation of, and transition towards, the new system. While it is acknowledged that the economic times in which the country exists make reduction of costs a necessity, this should not come at the expense of meeting the basic needs of its citizens. The public do, after all, pay for it. There also has to be an immediate review of the methods of evaluation which are currently in place; data collection and measurement against specific access to justice-based standards is key to understanding whether the programme is actually improving our civil justice system. This report is an extremely significant piece of evidence and should be taken very seriously indeed by HMCTS as they proceed with the next phase of the reforms.

The court modernisation programme really is a once in a lifetime opportunity to cut through an archaic, expensive and overly complex system to redesign it for the modern era with the needs of users firmly at the centre of it. Technology, whilst undoubtedly capable of assisting with the creation of a truly revolutionary system, should not be inserted for the sake of it. Its design should be led by the principles of the justice system, not the other way around. Sir Arthur Conan Doyle once stated that “it is a capital mistake to theorise before one has data. Insensibly one begins to twist facts to suit theories, instead of theories to suit facts”. Reading the contents, conclusions and recommendations contained within the 76 pages of the Justice Committee’s report, it is difficult not to conclude that this is exactly the capital mistake which is currently being made by Her Majesty’s Court and Tribunal Service.

David Sixsmith joined the University of Sunderland in August 2016 as lecturer and supervising solicitor in the Sunderland Student Law Clinic, our live pro-bono service in which students handle their own caseload under the supervision of qualified solicitors. He is also Programme Leader for LLM Legal Practice (LPC) and teaches at both undergraduate and postgraduate level. Read David's academic profile and more about his research interests.

Studying Law will help you to develop a wide range of transferable skills and gain real-life experience in a discipline that is becoming increasingly valued by employers. Our graduates have gone on to have careers in a whole host of sectors, so if you want a high-quality degree that can lead to a job in a wide range of industries, choose Law at the University of Sunderland.

We offer many unique Law courses, all offering different ways to study this fascinating subject, including the academic and vocational stages of the training required to become a solicitor:

Whichever course you choose, you will receive the same level of dedicated, professional support offered by our nationally-recognised Law School.

Learn more about the Law School at the University of Sunderland.

The Law School gives you the opportunity to develop your legal practice skills at undergraduate and postgraduate levels.

Law courses at the University of Sunderland

Why Law is more relevant than ever

For decades, a degree in Law has been a true mark of excellence; a sure sign of an individual highly-skilled in a range of areas. But now, an LLB is more relevant than ever according to Programme Leader Amy Sixsmith.