By Dr Karen Hadley, Head of Law and Tourism and Deputy Academic Dean 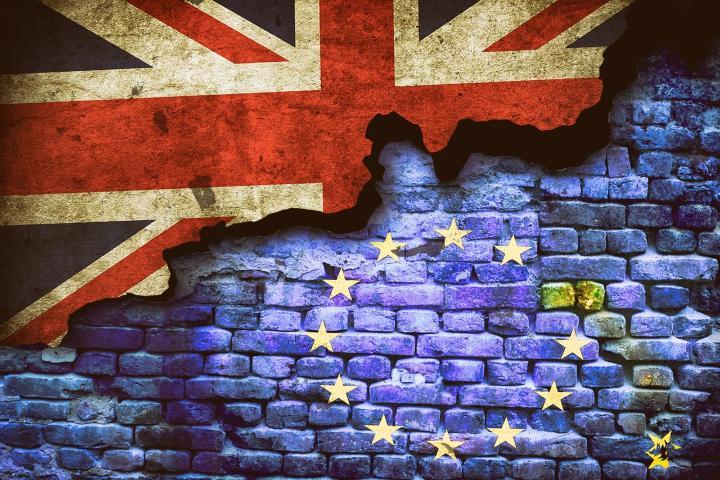 At the time I started to write this comment, the Supreme Court were hearing arguments from both sides over whether the decision to prorogue Parliament was unlawful. The Court’s decision on this matter has now been delivered and what a judgment it is! Historic. Seismic. Unique. Talking with a former colleague and friend as the decision was announced, he referred to the judgment delivered by Baroness Hale, the President of the Supreme Court, as ‘the Sistine Chapel of judgements’ and something we – as constitutional lawyers – will be talking about for centuries to come.

The epithet of ‘constitutional crisis’ is a phrase that arises from time to time but in truth there have been very few genuine crises over the centuries; often times we step back from the brink at the last minute. Crisis averted. When they happen however, the consequences tend to be historically significant and the impacts far reaching.

In 1215, the Barons forced King John to sign a Great Charter aka Magna Carta which gave rise to concepts of the right to a fair trial and protection from unlawful imprisonment, and it established, for the first time, that the monarch was not above the law. In terms that were far stronger than anyone could possibly have imagined, the Supreme Court have now made it clear that the Prime Minister is – rightly so – in the same position.

In the 16th Century, Henry VIII’s first divorce brought about what might be called our first Brexit – separation from Rome and from the Catholic Church. This made Parliament omnicompetent (under the Monarch) with control over the entirety of government. The mid-17th Century brought Civil War, the creation of a Protectorate in place of an executed Charles I, and then the Restoration through his son and heir.

There was ultimately no long-term disruption to the line of succession but the entire relationship between Parliament and Crown that we see today has its roots in these events; much of the pageantry around state openings of Parliament is about a visible reassertion the dominance of the elected House. It is perhaps interesting to remember that the lead up to the English Civil Law was the ‘Eleven Year Tyranny’ when Charles I prorogued Parliament and acted without recourse to it for that entire period. 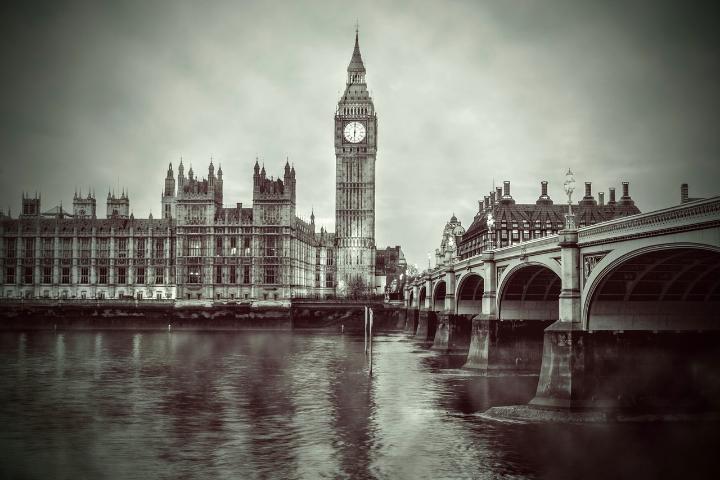 The Glorious Revolution (1685-1689) and the taking of the throne by William of Orange, at the invitation of Parliament in response to the actions of a monarch in his (mis)use of the Royal Prerogative, marked a further restatement of Parliament’s supremacy – this time over the Monarch. Parliament was no longer omnicompetent under the Monarch.

The sovereignty or supremacy of parliament is at the heart of Brexit; to what extent is Parliament constrained by the European Union or whether the voluntary submission of certain competencies is a value proposition given the considerable financial benefits. This, however, is not a new question, certainly not for the constitutional lawyer. Within the study of Constitutional and Administrative Law (or Public Law) – a subject that all undergraduate law students will cover typically in their first year – the idea that parliament can make any law it so wishes and that no parliament is bound by its predecessors is a central tenet.

Since January 1st 1973, academics and politicians have questioned whether joining the then EEC effectively restricted that sovereignty. In 2001, a greengrocer – Steve Thoburn – sought to challenge his conviction for selling fruit and vegetables using weighing scales calibrated in imperial measurements rather than their metric equivalents. The Court’s judgment in what was termed by the Press as the ‘metric martyrs’ case, made it quite clear that,

Parliament can make or unmake any law it so wishes; no Parliament can bind its successors and each Parliament is born free of its predecessors! It was perfectly possible for Parliament to retain its supremacy despite its commitments arising from EU membership."

“For as long as this country remains a member of the European Union then the laws of this country are subject to the doctrine of the primacy of community law... This country... has joined this European club and by so doing has agreed to be bound by the rules and regulations of the club..."

That judgment was given in the Magistrates’ Court… in Sunderland. At the time, this was one of the clearest statements from a court to suggest that at least in areas where the European institutions had legislated, Parliament’s powers were limited. The ultimate counter argument however was always that parliamentary supremacy had not been diminished in the slightest… all any Parliament needed to do was repeal the European Communities Act 1972.

Parliament can make or unmake any law it so wishes; no Parliament can bind its successors and each Parliament is born free of its predecessors! It was perfectly possible for Parliament to retain its supremacy despite its commitments arising from EU membership.

What is perhaps unique about this most recent battle is that it has been Parliament looking to assert its supremacy over the Prime Minister and the Executive. I believed like many others that the Supreme Court would follow the route of the lower courts and declare that Mr. Johnson’s prorogation was political in nature rather than legal and thus not a matter for the courts. 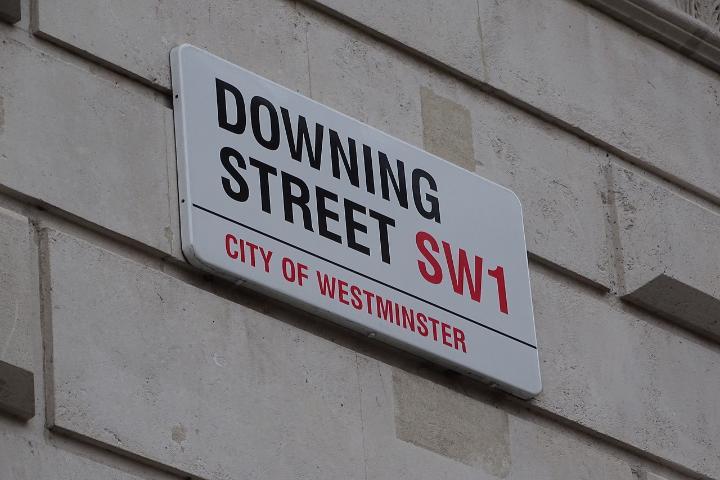 Had that been the decision, one might have questioned whether prorogation could ever be seen to be unlawful and the Fixed-Term Parliament Act 2011 would have given a Prime Minister a level of power that no Parliament ever intended them to have – or expected them to use.  Eleven members of the Supreme Court have unanimously agreed that Parliament cannot be denied its rights to hold an Executive to account and that no-one – even the current Prime Minister – is above the law.

It has given its judgment in perhaps the strongest terms possible – and terms that have surprised many political and legal commentators.

This judgment arose within the context of Brexit and it will no doubt impact how Brexit proceeds from this point. Brexit is, in one form or another, approaching the point of critical mass. Whether this will lead to the UK leaving the EU without any form of deal in place, whether a last-minute diplomatic solution can be found or (perhaps most unlikely) a revocation of the notification of Article 50 remains uncertain.

The significance of this judgment however extends far beyond Brexit. This judgment is about the proper relationship between the organs of the state; it is about the rule of law and it is about the supremacy of Parliament. For those arguing for the need for a codified UK constitution, it also suggests that what we have does actually work quite well.

For a subject generally seen as archaic and dusty, with its legal sources rooted in over a thousand years of history, it is an exciting time to be a student (new or old) of the beast that is UK constitution. 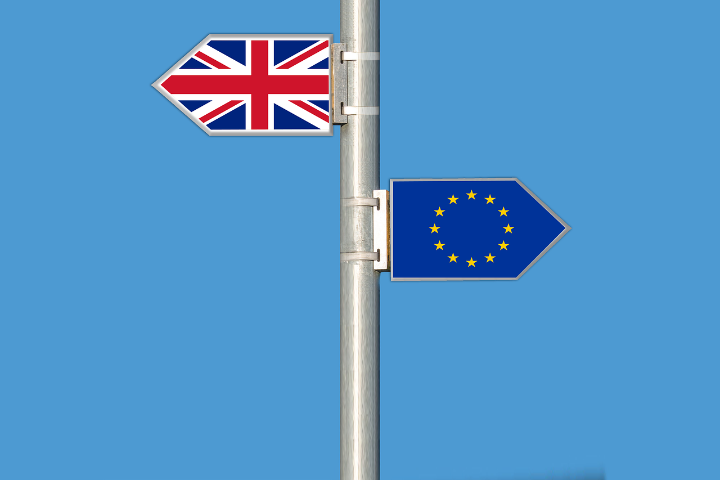 Dr Karen Hadley worked in Higher Education since 1990, starting as a lecturer in Law teaching Business Law and Consumer Law. Having led the development of the University of Sunderland's first qualifying law degree in 1999, she has taught Contract Law, Constitutional Law, and Jurisprudence in addition to continuing to contribute to the delivery of law modules within business courses.

After having served as Principal Lecturer (Teaching and Learning) and Principal Lecturer (Resources), she became Head of Law in 2004. She then became an Associate Dean for the Faculty in 2005 responsible for Quality Assurance and Enhancement and in 2010 she became the Associate Dean (Student Experience), while also continuing to act as Head of Law within the Faculty.

Karen obtained her doctorate in Education and Applied Linguistics from the Newcastle University in 2006 and in 2009 she passed the New York Bar Exam. In 2019 she became a Principal Fellow of the Higher Education Academy.

What could Brexit mean for the UK automotive industry?

The UK automotive industry is big business. The Society for Motor Manufacturers and Traders (SMMT) indicates that it has a collective annual turnover of £82 billion per year and in 2017 built nearly 1.7 million cars. So what are the main issues which concern automotive manufacturing?