Thinking about studying History at the University of Sunderland? One of the modules you’ll study in your second year is Local and Regional History, so why not get a head start and learn a little more about the history of the city and University you might be studying at…

Sunderland has been an important centre for education since 674 AD, when Benedict Biscop built St Peter's Church and monastery. Among its early students was a seven-year-old boy who became known to history as The Venerable Bede, a renowned scholar and teacher. The river bank surrounding the ancient church of St Peter's is now the setting for our award-winning Sir Tom Cowie Campus at St Peter's.

The first stained glass ever made in England was created for St Peter's Church, and so it is appropriate that the National Glass Centre, home to the University's teaching and research in Glass and Ceramics, should be based at the Sir Tom Cowie Campus at St Peter's.

St Peter's Church was the site of the greatest scriptorium north of the Alps and has been described as the Oxford of its day. The oldest existing Latin version of the Bible - the Codex Amiatinus - was written at St Peter's Church, close to the University's £9m state-of-the-art Media Centre, launched in 2004.

Our modern roots lie in Sunderland Technical College, which opened at the Galen Building in Green Terrace in 1901.

The local Taxation and Customs and Excise Act of 1890 paved the way for the new College, which was paid for from so-called 'whiskey money' at a cost of £27,800.

As a dynamic new College, Sunderland was the first in England to introduce the 'sandwich course' which enabled engineering apprentices to gain higher qualifications whilst working.

The first great surge of expansion took place between 1919 and 1939. Galen Building was extended between 1922 and 1930, supported by both private and public funding. In 1939, the industrialist Sir John Priestman opened Priestman Library, with room for 10,000 books. The Priestman building was also home to the departments of Mathematics and Mining.

In 1921-22 the College introduced departments of Naval Architecture and Pharmacy. The Pharmacy Department began as a single bench in the Chemistry Department, but soon grew to become the largest in the country. This was thanks to the vision of Miss Hope CM Winch, a remarkable scientist and pioneer of the Pharmacy Department. 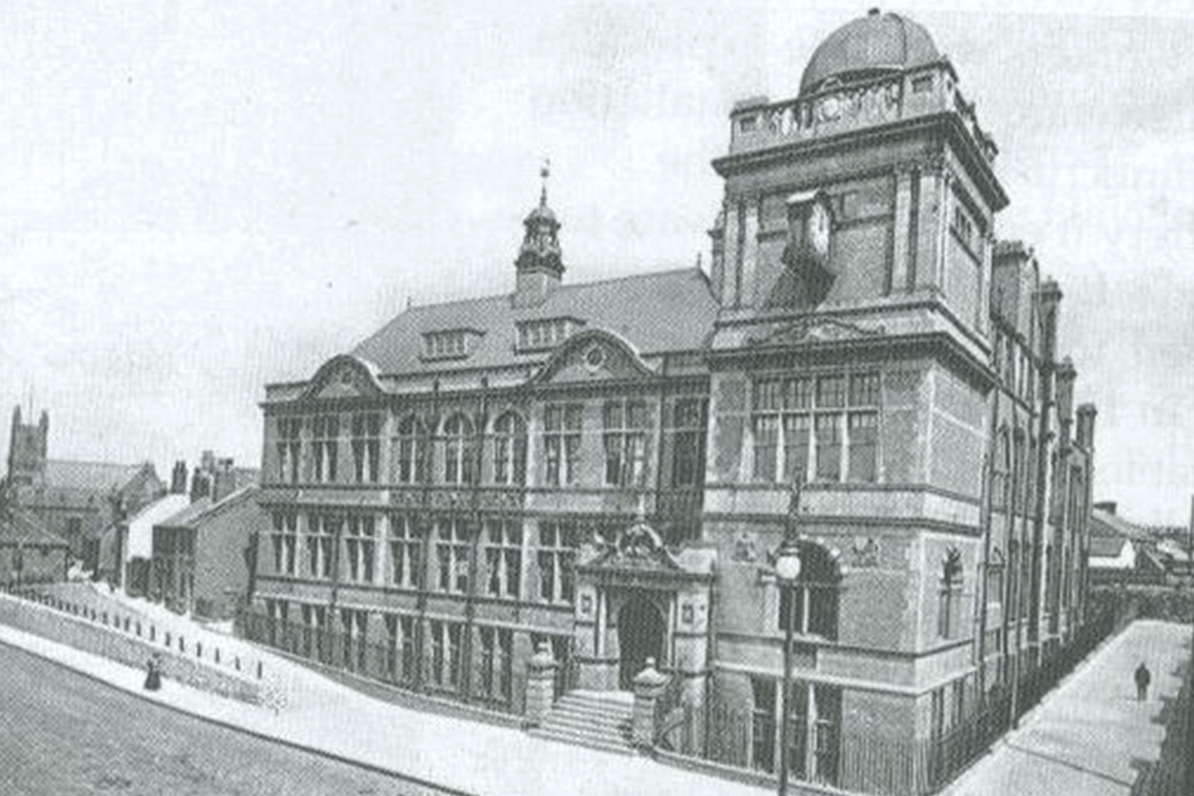 During the Second World War Sunderland ran special courses for the armed forces and the Ministry of Labour. By 1946 the College had 59 full-time staff, 175 part-time assistants, 840 full and part-time students and 1,485 evening class students.

Sunderland was the first educational centre in the region to install a digital computer. This hi-tech innovation required a crane to haul it through the roof of the building in which it was housed - a far cry from today's laptops and netbooks.

In 1959, an ambitious building programme began, culminating in the opening of a new complex of buildings on Chester Road by HRH Prince Philip, Duke of Edinburgh, in 1964.

These developments meant that the College was the first in the region to offer residential accommodation - at £5 per week half board. By then there were 1,750 full and part-time students, and Sunderland was the largest of 25 regional colleges. In the mid-1960s, the College had some 260 Norwegian students - the largest Norwegian student body outside Norway itself - many of them taking marine engineering.

Sunderland Technical College became Sunderland Polytechnic on 1 January 1969. A new Department of Education - for teacher training - was also established in the same year.

Sunderland was among the first of 30 Polytechnics; national institutions which were set up to concentrate on professional and vocational courses and develop part-time provision.

As a Polytechnic we brought together our Technical College with two other institutions which had played a significant role in the town - the School of Art and, later, Sunderland Teacher Training College.

In the same year, HM the Queen granted Sunderland city status to mark the 40th anniversary of her accession to the throne.

In 1993, HM The Queen and HRH The Duke of Edinburgh visited the City of Sunderland and the University of Sunderland. Her Majesty met University staff and students and saw plans for the flagship St Peter's Campus development, which has since made a significant contribution to the regeneration of the city. 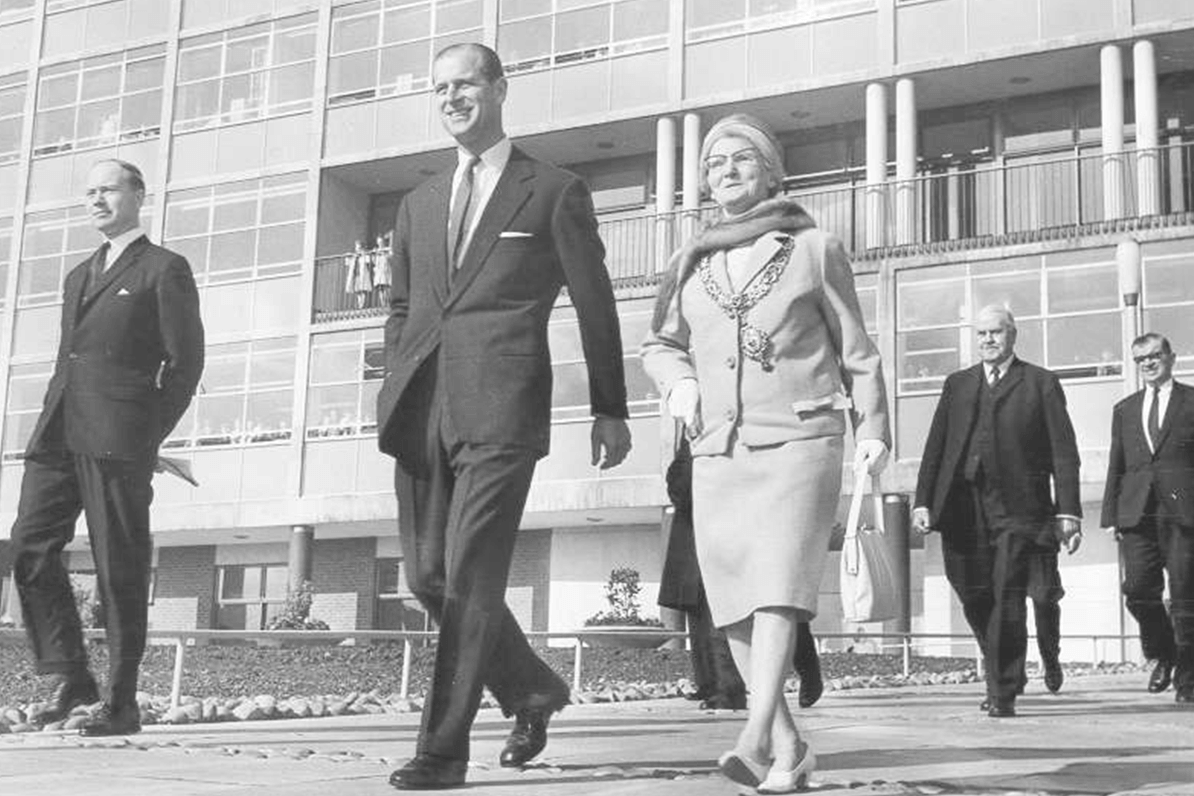 In September 2002 St Peter's Campus was renamed the Sir Tom Cowie Campus at St Peter's. The event marked the 80th birthday of Sir Tom Cowie, esteemed Sunderland businessman and one of the University's most loyal supporters.

The £50m Sir Tom Cowie Campus is now home to about half of our 17,000 students. The School of Business, Law and Psychology opened on the campus in 1994, and the spectacular David Goldman Informatics Centre followed two years later.

In March 2004 the £9m Media Centre was launched by the then Minister for the Arts, and later University Pro Vice-Chancellor, Baroness Morris of Yardley.
The Sir Tom Cowie Campus at St Peter's plays a significant community and regional role. The 400-seat Sir Tom Cowie Lecture Theatre and state-of-the-art 200 seat cinema have been used for international conferences and festivals in addition to their primary use as venues of teaching and learning.

In 2006 a new £3.5m Gateway development opened at City Campus, housing a wide range of university services and academic support. This development was followed in 2009 by the £12m CitySpace sports facility featuring a six-badminton sports hall, 70-station fitness suite, and indoor climbing wall. 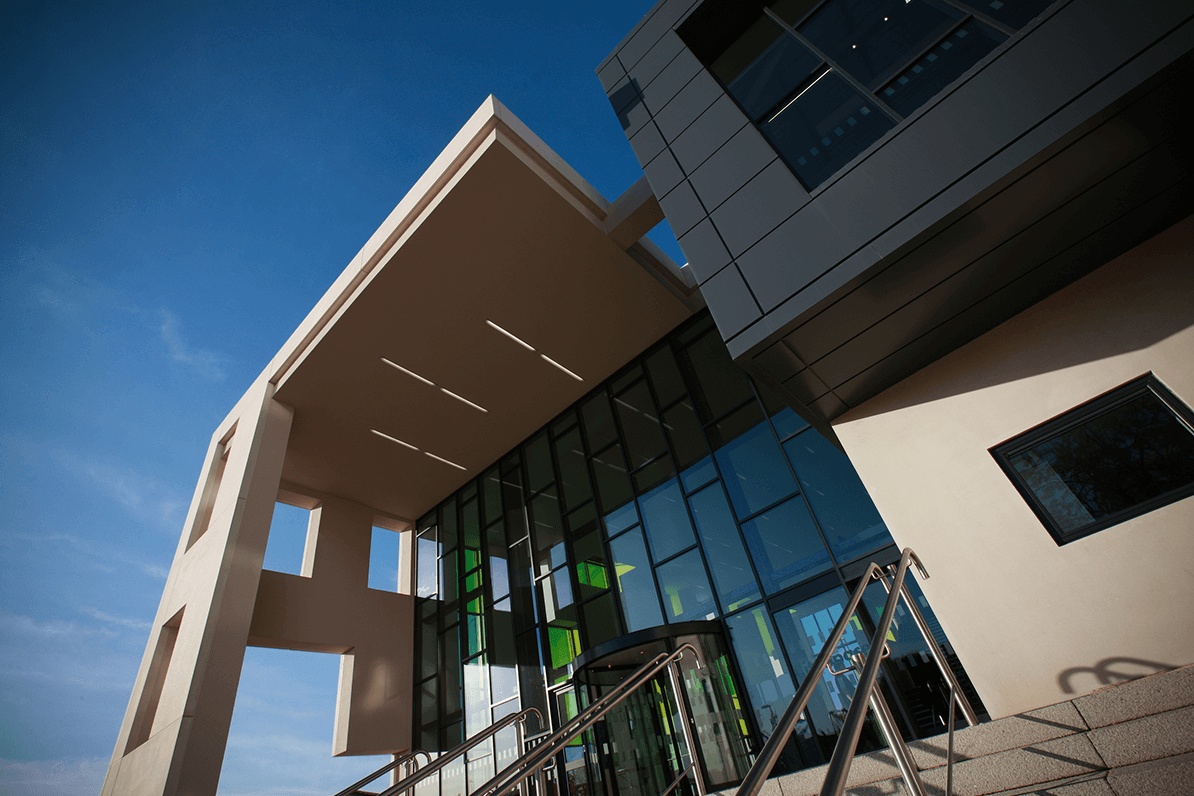 2011 saw the launch of the new Sciences Complex - a £8.5m development for health care sciences.

2012 was a busy year, with the establishment of the new University of Sunderland London Campus, and refurbishments of Priestman Building and National Glass Centre. Priestman building is now a centre for Fine Art and Culture, and the National Glass Centre is firmly established as one of the UK's premiere tourist destinations and the heart of glass research in the UK.

For over a century the University of Sunderland and all its former iterations has set the pace in higher education, and we look forward to continuing this trend into the next century.