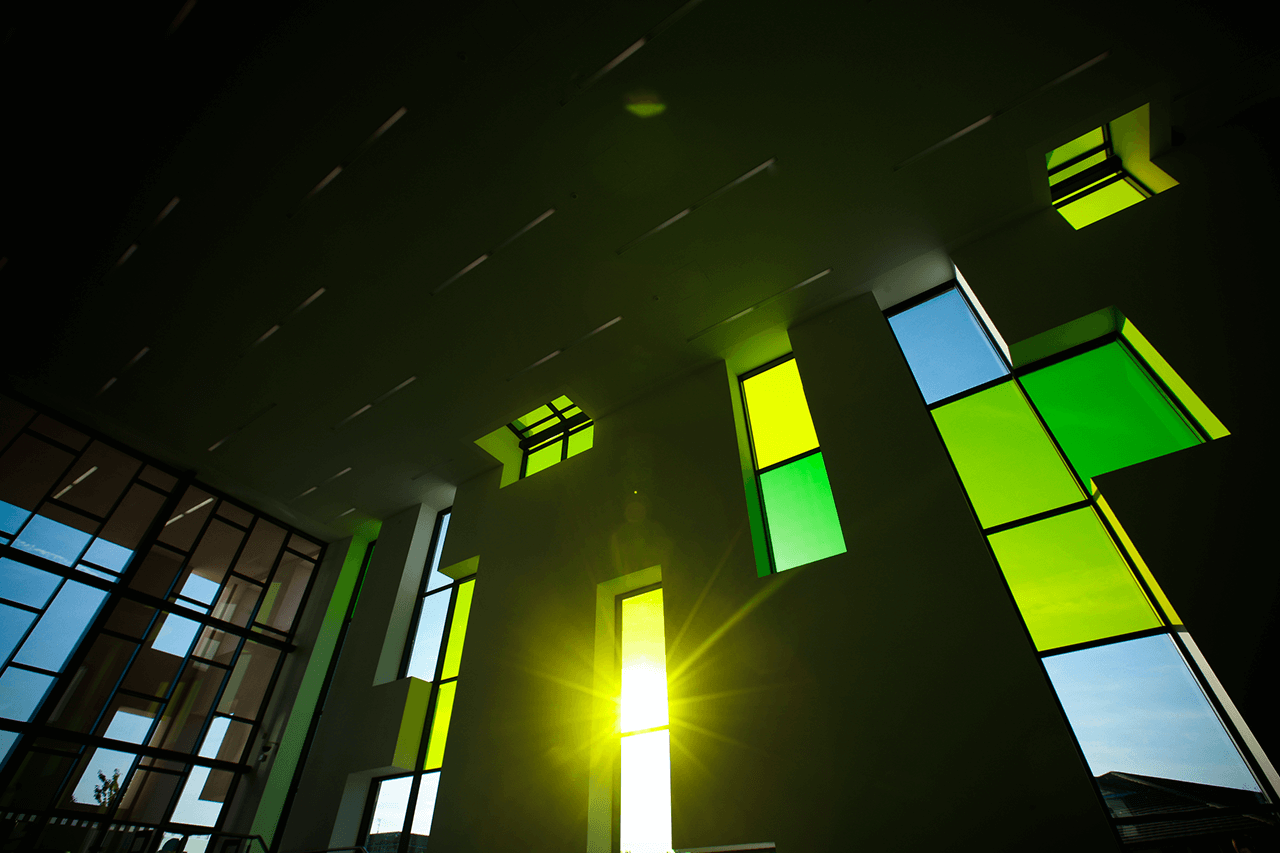 The University supports the principle of equal pay for work of equal value. We were one of the first universities to introduce an Equal Pay Policy (staff login required) and we publish annual Equality, Diversity and Social Responsibility reports (staff login required) which describe the wide range of activities and initiatives that the University is involved with every year to celebrate and promote diversity.

We have conducted annual Equal Pay Audits since 2003. These audits complement our aims of fairly rewarding staff, increasing efficiency and enhancing our reputation.

In 2017, the Government introduced a new duty for organisations to report their Gender Pay Gap. They use a standard approach which is slightly different from the one we have used previously (a wider pool of staff that includes casual workers and fee and expenses claimants, and different pay elements). This means that our Gender Pay Gap has been calculated differently since 2017, but remains comparable to our data from previous years.

The following data relates to a March 2021 snapshot for publication in 2022.

Women are well-represented at all levels including our most senior academic, professional and leadership roles, and this is reflected in our Mean Gender Pay Gap of 8.2%, which remains much better than the pay gap in the UK workforce and has improved since the 2020 data. Our Median Gender Pay Gap of 11.2% has improved significantly in the last three years and is now below the benchmark. 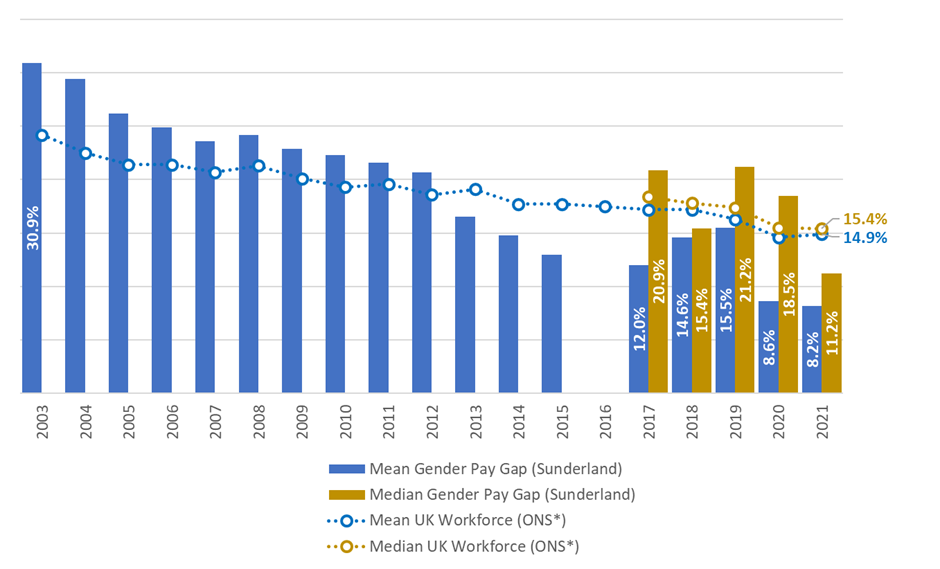 Bar chart 1 shows the mean gender pay gap percentages between 2003 and 2021, and median pay gaps between 2017 and 2021. Lines show the UK benchmark. In the latest year the University is significantly better than both the mean and median benchmark. The chart shows that the gender pay gap at the University of Sunderland has continued to decrease in 2021.

* Office of National Statistics: Latest revised Annual survey of hours and earnings (ASHE) gender pay gap tables. Prior years have been updated where Government figures have been adjusted.

Benchmarked against the latest national data available for the sector (data for 2018/19) our mean pay gap compares favourably with all benchmark groups.  Our median pay gap has improved significantly.

Chart 2. Distribution of male and female staff by hourly rate

Our Median Gender Pay Gap of 11.2% partly reflects the fact that there are some roles at the lower end of our pay structure, such as casual, intern, domestic and entry-level administrative roles which tend to be predominantly filled by women.  Chart 3 shows the number of men and women in hourly pay bands, demonstrating that there are substantially more women in the £1-£10 and £11-20 bands.  (There is one woman with an outlying hourly rate in Chart 2.  This a genuinely high rate for one-off coaching activity.)

Chart 3 presents the number of men and women in £10 hourly pay bands, showing that there are substantially more women in the £1-£10 and £11-20 bands.

Chart 3. Number of staff in each pay band by gender 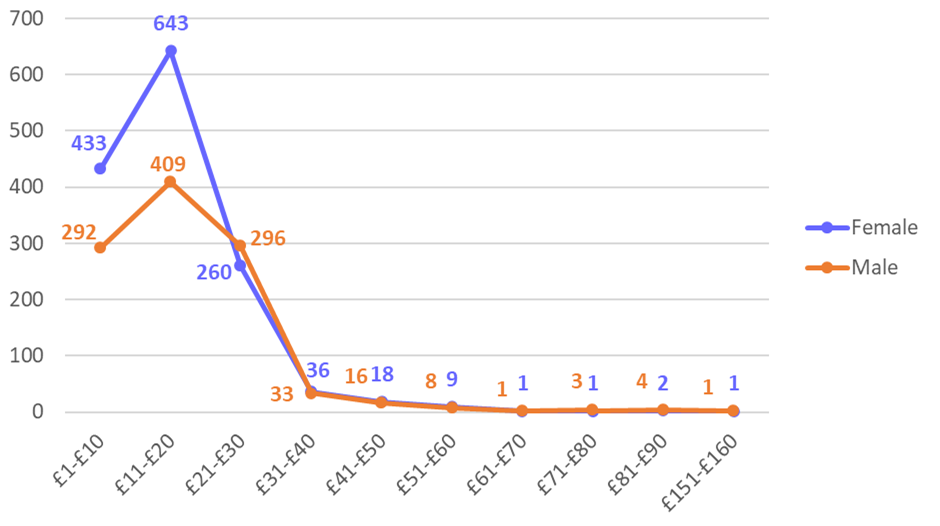 Chart 3 is line chart showing the number of staff on the vertical axis and £10 pay bands on the horizontal axis. The majority of staff on both the men’s and women’s lines are in the £1-10 and £11-20 pay bands, but there are substantially more women in those two pay bands.

The Government requires organisations to specify the pay gap in any bonus pay, however our very low number of bonuses means that the statutory calculation is not statistically meaningful.

The data for quartiles is shown in the charts below: