In recent times the high street has lost some really big names from the line up of shops and many more have had to review and revise their format. The ‘lost’ include BHS, Toys R Us, Staples, Austin Reed, Maplins, Athena, Blockbuster (product obsolescence), Barratts, Woolworths, Comet and JJB.

Other big stores have struggled on having been bought and sold, having to recreate themselves due to financial challenges and in 2018 included the House of Fraser, where, typical of a takeover of a failing chain, many store losses have occurred with only the viable aspects of the business being retained. It’s not only the ‘premium’ stores which are suffering either. Poundland, which had been successful under the post-2008 financial crisis as a discount alternative has also failed to survive.

The retail sector accounts for around 5% of the UK economy, had a turnover of around £366 billion in 2017 and employed 2.9 million people. By the end of August 2018, just two thirds into the calendar year, 38K+ employees had been impacted by restructures and failures, indicating the significant changes occurring. However, despite the challenges overall, sales grew in 2017 by 4.3% (source: Retail Economics), with online now accounting for over £67 billion of the total sales and following year on year increases (source: retailresearch.org).

So why have there been so many failures and is it simply the impact of our changing shopping habits towards online?

Well, there are a number of factors and the internet is very much part of this, but it’s not the only pressure which retailers are feeling. Other factors include the economy, changing consumer tastes, changing shopping habits, changing lifestyles, rising costs and the resulting intensifying competition. Firstly, however, internet shopping.

Amazon has been the prime example of a strong vision for online which is now being realised with huge scale. Their annual UK turnover, third only to their US and German business, exceeded £8.8 billion in 2017. However, more companies are now mixing online with ‘bricks and mortar’ facilities, so in the UK, strong performers include supermarkets such as Tesco and Sainsbury's as well as high street retailers such as Next and Argos, and up and coming online firms such as ASOS and made.com (competing with the likes of Ikea). Online purchases have continued to rise but experience from other markets indicates that for some items such as clothing, there appears to be a plateau of around 25%, with the UK close to that now (source: www.ft.com). Delivery logistics have made same day deliveries possible and the convenience of purchase and return has really helped to boost sales. Other non-food areas continue to increase. If you do have shops then ‘click and collect’ is also proving to be helpful, helping to balance the offer. 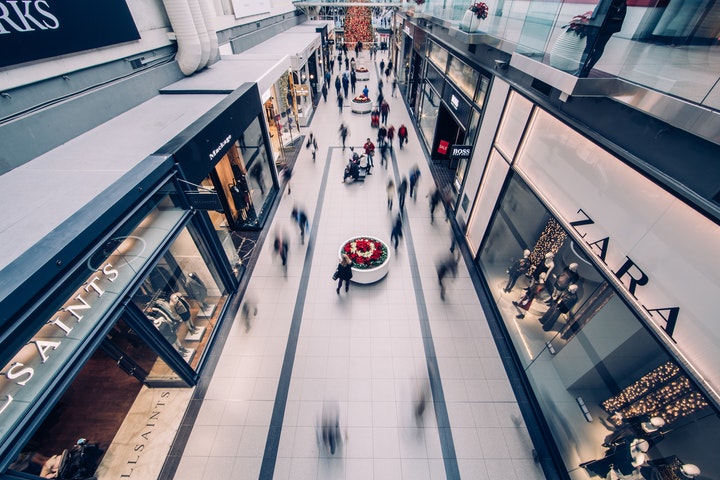 The financial crisis of 2008 stalled the economy and it took around six years to return output to the levels prior. Growth has continued to be relatively slow, prices have risen steadily for essential items such as food and whilst interest rates have been low, wage growth has been modest. The result of this is that people have less buying power and retailers are facing increasing costs without being able to charge too much more, hence putting the squeeze on margins.

Before concerns over the internet impacts, out of town shopping centres were seen as hitting the high street. Free parking, easy access, family-friendly and weather-proof alternatives to fighting it out in a busy town centre every Saturday. The large number of smartphone users in the UK is also driving us to know the price of everything, so before making significant purchases it’s now easier than ever to check online to see if we’re getting a good deal and switch. We are also now looking for a greater ‘leisure experience’ if we do go shopping: lunch, entertainment, a social trip, family time perhaps? Actually going to the shops is becoming less ‘functional’ and more ‘experiential’ for at least some of our trips, as we can get so much now without leaving our home, including very conveniently, the weekly grocery shop. 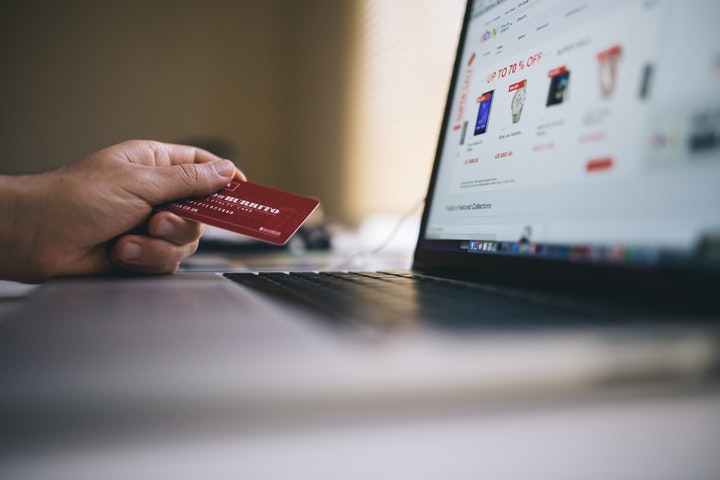 Trading online can launch you quickly into global markets. It’s so easy now to set up a website, promote, organise payment and arrange shipping, that the number of entrants is high. Auction sites, although they take a cut, make setting up your trade easy and allow you to establish a platform for growth. Any market gaps are easy to exploit and difficult to defend. Online has made this possible. This makes the competition more intense and drives down margins where shops try to compete with lower overhead organisations.

So how can retailers respond?

Luxury and some budget brands are still doing well on the high street. The middle, less distinct and a little drab are struggling most and with evolving fashion, some providers have been caught napping. Retailers are challenged to create an ‘experience’ and do something ‘fresh and exciting’ to stimulate sales. The whole make-up of the high street, therefore, needs to change, where shopping is carried out in an environment which is a mixed leisure provision. Large and well-provisioned arrangements will continue as they have the mass to draw shoppers in. Smaller town arrangements will have to excel to maintain interest and retailers preferably as part of a dual-strategy.

Learn more about Professor Lawrence Bellamy and the Faculty of Business, Law and Tourism.