Talented filmmakers from the University of Sunderland have walked away with not one, but two prizes at this year’s Royal Television Society (RTS) Awards for the North East and Border.

The awards, which were hosted by South Tyneside comedian and writer Jason Cook – also a Sunderland graduate – at the Hilton Newcastle Gateshead on Saturday (February 26th), are given each year to showcase the best of television and student production across the region.

And this year, it is Sunderland’s Digital Film Production graduates’ time to shine.

Elton Tan, 24, from Singapore, directed Before It All Happened, which won ‘Best Student Drama’.

“As a director, winning this award feels like I’m watching my child grow up and be successful!” he said.

“It is a huge blessing and honour to know that the film is recognised for what it is and its quality. It would not have been possible without producer Tiago Francisco, scriptwriter Nicole Teh, and sound man Leonard Lee, who all worked hard through the pandemic to make this film happen.

“The guidance of our lecturer Nicholas Glean was also vital to this film's success. He sat with me in the editing suite for weeks even after formal submission, making the film what it is today.

“Winning this award shows that everyone's hard and honest work has paid off.”

The 25-year-old said: “Knowing that we produced this short film during a pandemic makes me even more proud of the outcome because we followed all the NHS guidelines, testing the cast and crew upon arrival on set.

“We were students at that time, but it felt like a professional production. Some of our backgrounds were not in film production, so getting this far is such a blessing and an honour.”

Before he graduated Tiago joined the Enterprise Place, the University’s business support facility which offers students and graduates access to co-working office space in Hope Street Xchange, Sunderland’s centre for enterprise and innovation.

Jenny Westgate, Enterprise Place Coordinator at the University of Sunderland, said: “We’re very proud of Tiago, he continues to achieve success after success with his business RAWR Productions.

"Tiago joined the Enterprise Place in 2020 and engaged in the support we offer and followed the advice of our business and marketing professionals to develop his company. These awards are a testament to Tiago’s hard work and passion, we look forward to watching RAWR Productions grow and its future achievements.” 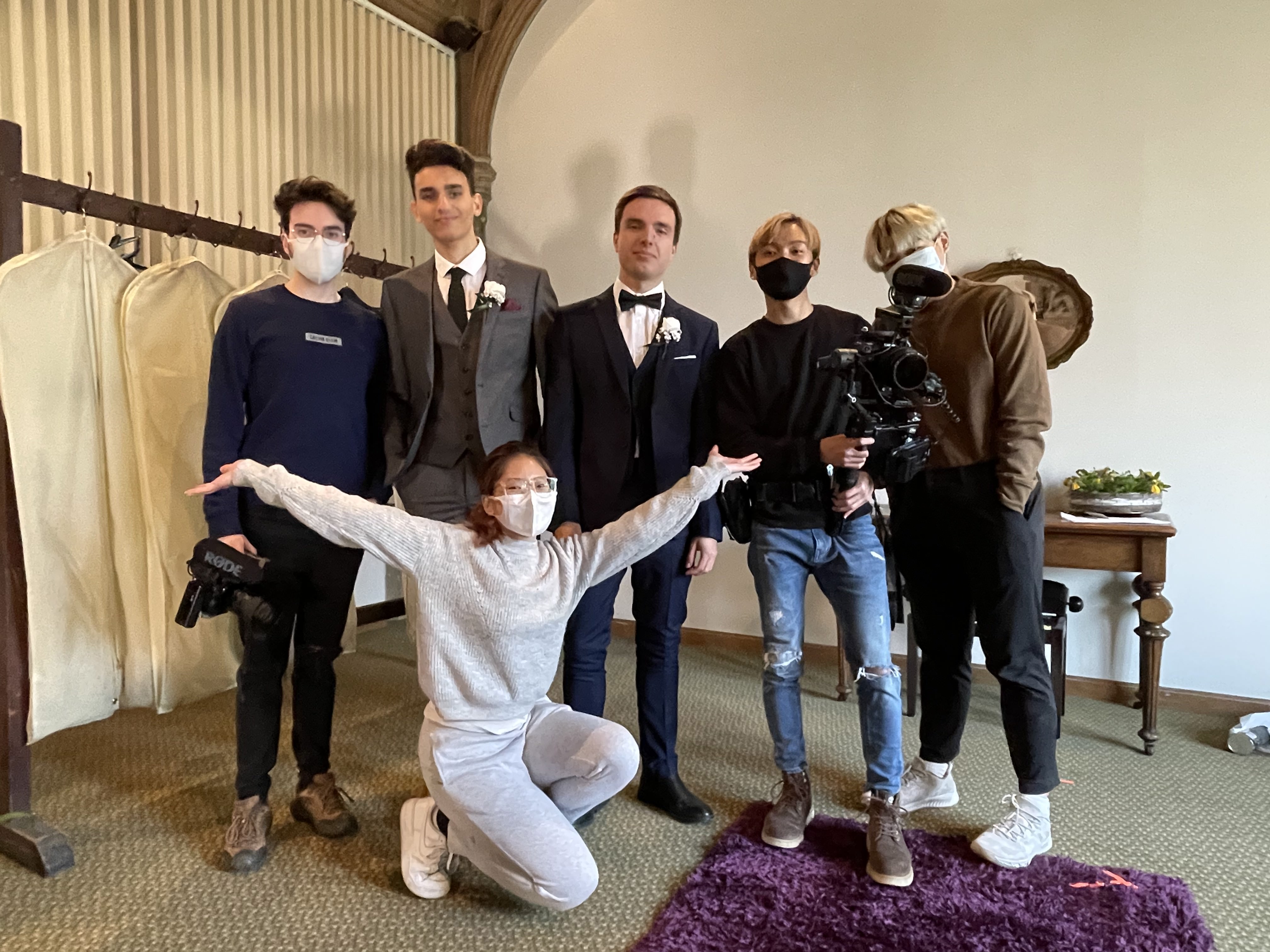 Before It All Happened  tells the story of Nathan, a groom sent to the future on his wedding day and is unsure if he likes what he sees.

Last year, the romantic drama achieved international success at numerous film festivals across the globe, including being short-listed and screened at the LA Shorts and making the nominations at the Paris Film Festival. 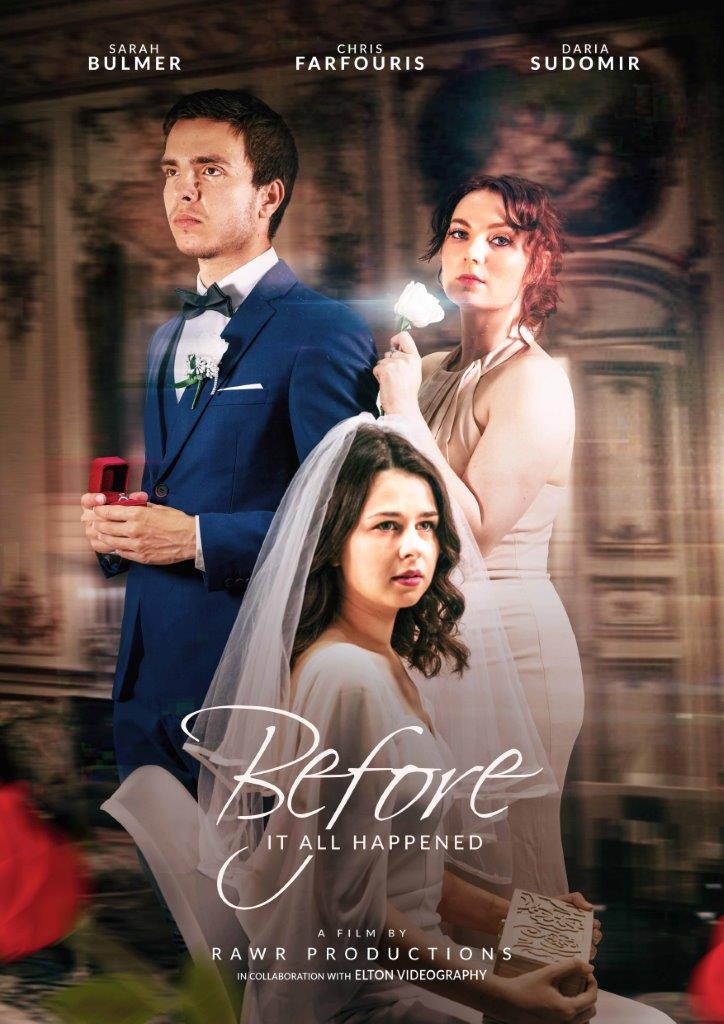 Nicholas Glean, Senior Lecturer in Video and New Media at the University of Sunderland, said: “Wow, what an achievement for the students to win such a prestigious award.

“It has been a fantastic journey for these young filmmakers, who managed to produce a film of such high quality in a time of crisis and challenge. They were dedicated, hardworking and the rest of the department and I are proud of them.”

Nicholas added: “This is the second time our international students have won a regional RTS award.

“We pride ourselves on our course's ability to integrate diverse students into our programme. This helps the students to produce award-winning films, in this case, internationally recognised.”

Sunderland’s winning streak at the RTS Awards continued with The Importance of Acquiescence scoring the top spot in the ‘Best Student Entertainment’ category.

Inspired by British double act Vic and Bob (also known as Reeves and Mortimer) and the surrealist movement of the mid-20th century, the absurdist comedy is about a young woman whose day is interrupted when an uninvited film crew take over her home, hell-bent on making her the star of their film.

Callum Simpson wrote, directed, and produced the film, as well as taking up the roles of cinematographer and production designer.

The 22-year-old, from Stockton, said: “We’re all incredibly proud and excited, it was completely unexpected and a really great justification of all of our hard work over the past three years.

“The greatest part for me is the validation of our work as something that is good enough to be recognised on such a level outside of university.

“Winning an RTS award has given me renewed motivation to continue carving out a career in the film industry, as a sign that my ideas and style are well received as something that is enjoyed by people outside of my own mind. It’s a complete honour.” 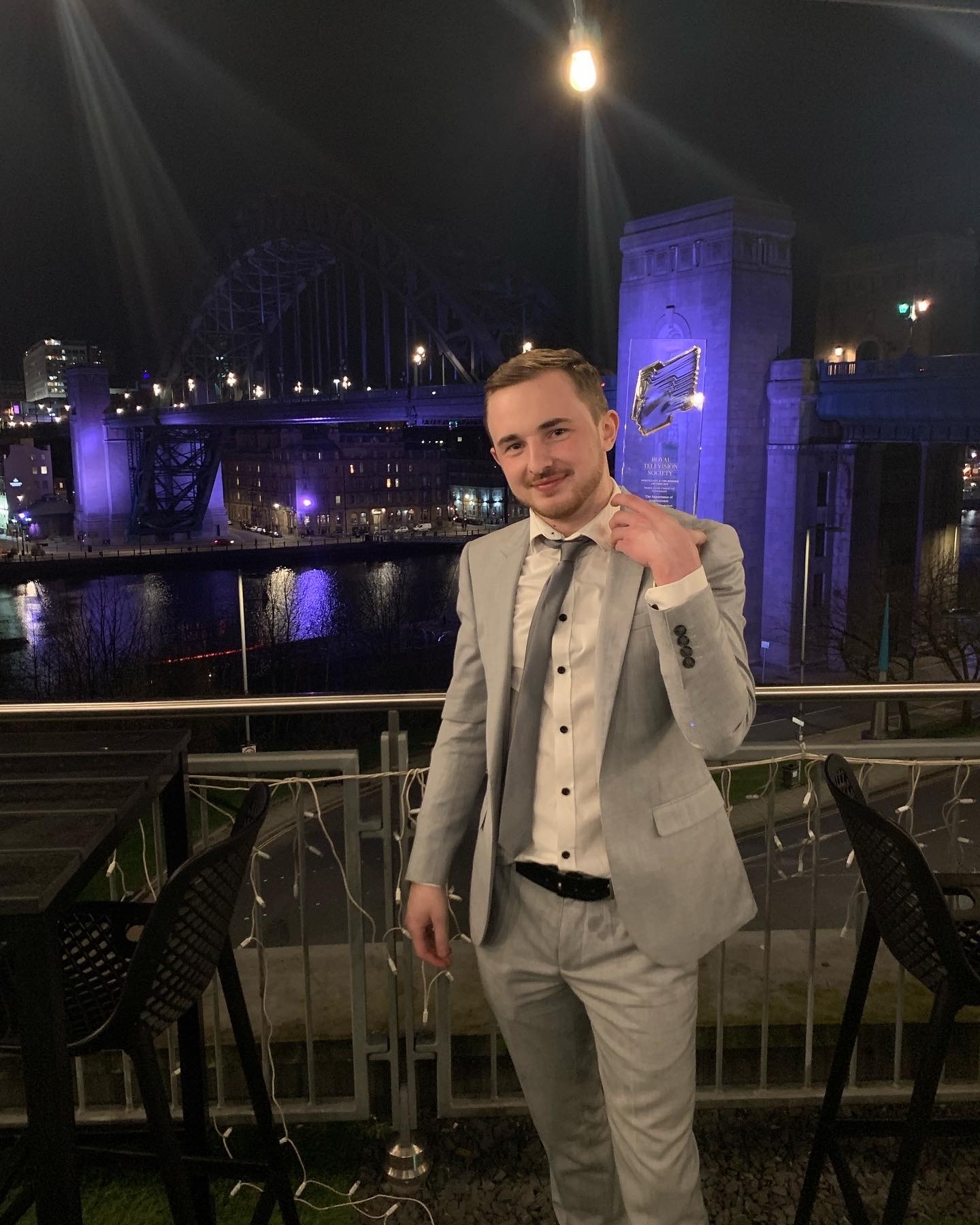 Pro Vice-Chancellor at the University and Chair of the RTS Education Committee, Graeme Thompson, said: “This year’s winners can feel especially proud of their achievements because they’ve had to overcome lockdowns and many other challenges to produce their programmes. It is testament to the resilience and ingenuity of creatives that so much exceptional work is showcased in our ceremony.

“It is an exciting time to be part of the screen sector following news of the BBC’s investment of £25 million in the production economy and the launch of a £12 million production and skills fund by the 12 local authorities. Prospects for jobs and opportunities are looking good.”

All the winners will go forward to this year’s RTS Student Awards Final in London on Friday, June 24th.

The University of Sunderland is supporting MadeAtUni: Creative Sparks, a national campaign to showcase the creative talent produced by UK universities and encourage the Government to promote and support the importance of creativity and creative courses.

The Internships and Enterprise Project

The Northern Powerhouse is a key aspect of this Government’s approach to addressing the productivity gap in the North and ensuring a stronger, more sustainable economy for all parts of the UK. Alongside over €1.5 billion of European Regional Development Fund support for businesses and communities across the North, the government has awarded £3.4 billion in three rounds of Growth Deals across the Northern Powerhouse.