With more than 100 students with connections to the armed forces currently studying at the University of Sunderland, we are an institution deeply committed to supporting veterans into a new career once they’ve left military service.

Ahead of Armed Forces Day tomorrow (Saturday, 25 June), Vice-Chancellor and Chief Executive of the University, Sir David Bell, has this special message:

“As Armed Forces Day approaches, we are reminded of the outstanding work done by those who defend the country. While they serve 24/7, this is an opportune moment for us to acknowledge the dedicated work they do.

“As recent events in eastern Europe have proved all too vividly, the world can be a dangerous place. Whilst we should always seek to promote peaceful dialogue and engagement, we need to be ready to stand up to, and resist, armed aggression. Quite rightly, our armed forces act as a deterrent to those who would wish us ill and seek to do us harm.

“Our support for the armed forces is demonstrated through the University being a Gold award holder under The Defence Employer Recognition Scheme (ERS). The scheme recognises employers that pledge, demonstrate or advocate support to defence and the armed forces community, and align their values with the Armed Forces Covenant. It is a promise to ensure that those who serve, or who have served in the armed forces, and their families, will be treated fairly.

“We are now one of 493 organisations, including 16 universities, to have met the required Gold standard. This means that we have been judged amongst the most supportive organisations for Britain’s armed forces.

“As well as those currently serving, the University also values and respects the experience of reservists and veterans – and their spouses. Below, some of them share why Armed Forces Day is important to them.

​“We ensure that any service personnel wishing to study for a degree or other qualification are supported to do so. The University currently has 114 students with connections to the armed forces undertaking programmes with us.

“The Veterans and Reservists Staff Network provides members with continuing support. It provides staff with a safe space to come together with other like-minded colleagues.

“Most recently, we were able to demonstrate visible and tangible recognition of our regard for the armed forces as retired Major General Paul Nanson CB CBE opened the Sunderland Veterans’ Garden on the City campus. Hopefully, it will become a place of peace, tranquility and reflection for students, staff, and members of the community, including veterans.

“So, take a moment on Armed Forces Day to thank those who have given – and continue to give – so much to keep as safe and free as a nation.” 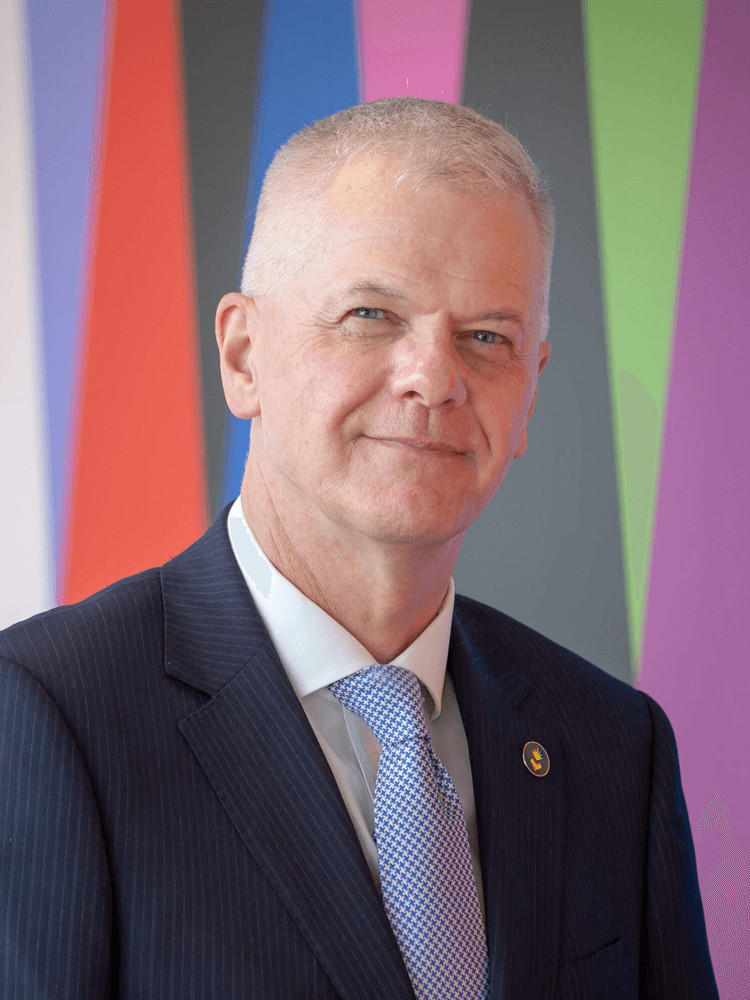 Members of our Veterans and Reservists Staff Network share what Armed Forces Day means to them:

Simone Bedford - Chair of the Veterans and Reservists Staff Network and Principal Lecturer, Faculty of Health Sciences and Wellbeing (FHSW) 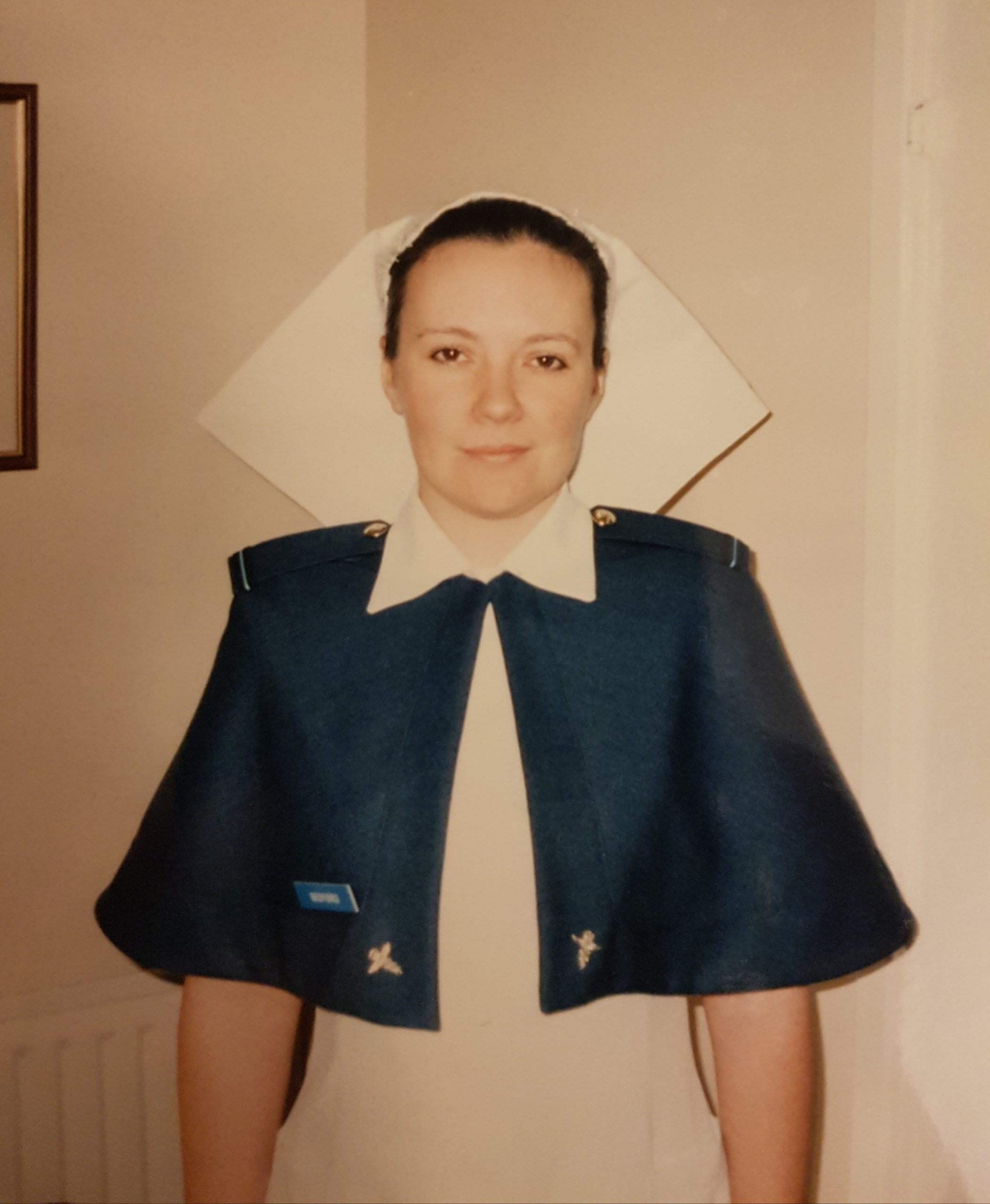 "It allows everyone to recognise the service our brave men and women give to their country in times of peace and unrest.

"As a veteran (Princess Mary's Royal Air Force Nursing Service), I am very proud to have served my country and to be part of this community. I have good friends who are veterans and still serving as a regular or reservist, and all of them deserve a day in which the whole country can celebrate what they have done, and still do, to keep our great land safe." 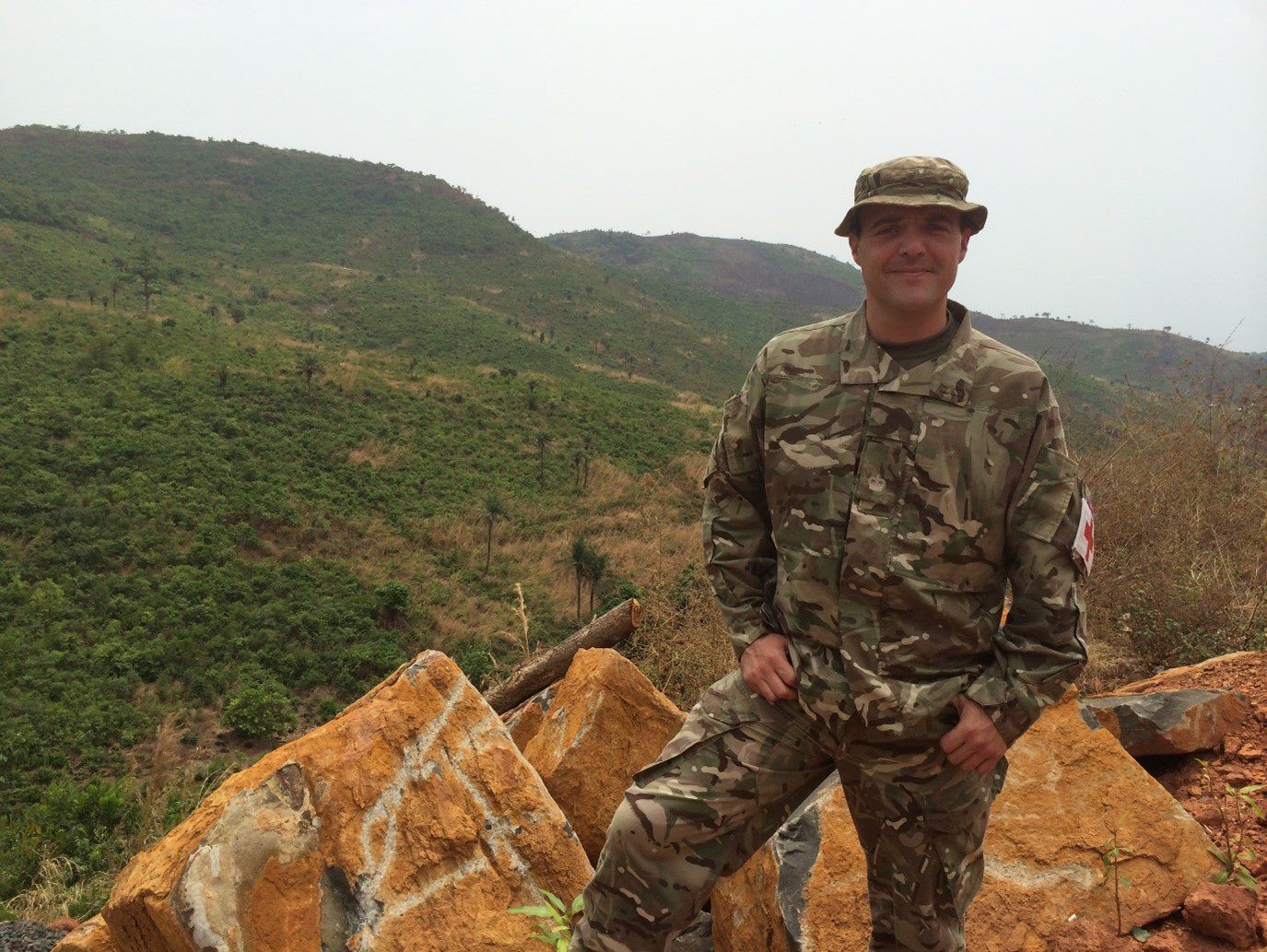 "Often, when service personnel leave the forces there can be a feeling of being alone and “forgotten”.

"Seeing our employers and the public acknowledge our current or prior service, even if not fully understanding what we may have been through, gives me a sense of belonging and appreciation. Seeing colleagues within the regular and reserve forces proudly wearing their uniforms within the workplace, for me, makes this day one I look forward to each year." 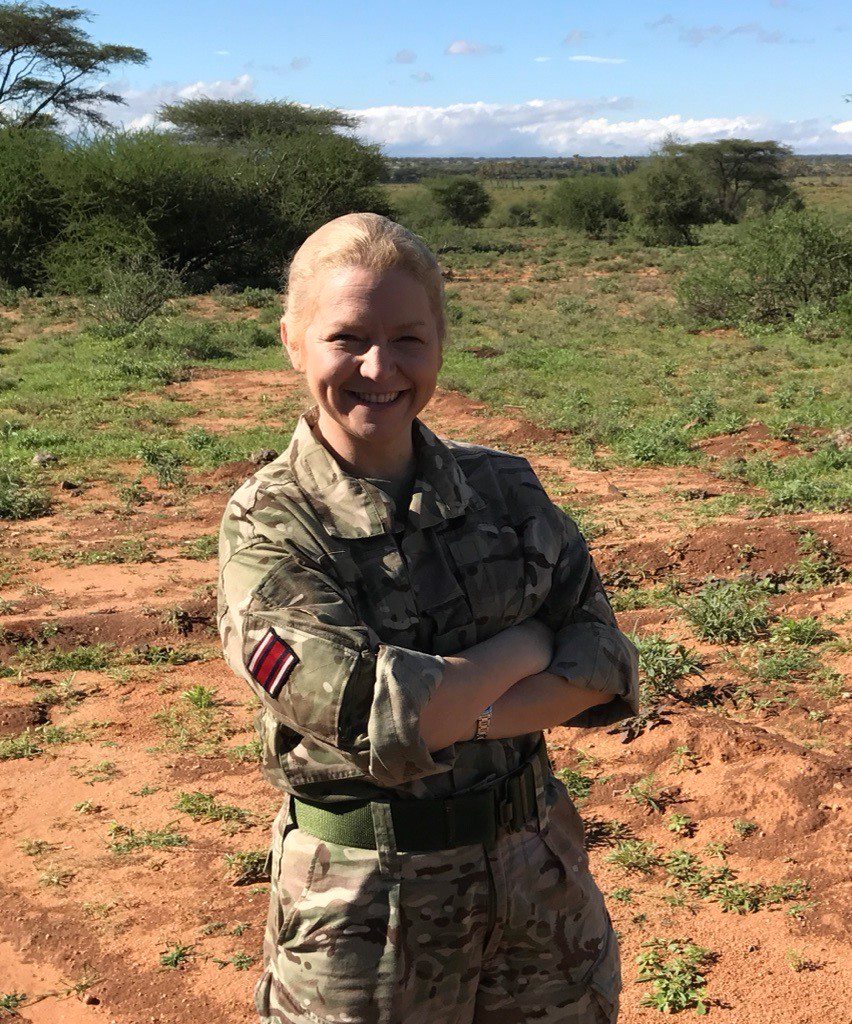 "Armed forces is not only about the work and dedication of service personnel but also their families. It is a day when we can see the appreciation the public have for them all. It is a day when we should stand with our heads held high and be proud, a day to celebrate and allow all communities to come together.

"Armed Forces Day should be about breaking the barriers of some of the perceived misconceptions that people may have of people within the military – to see we are more than just a uniform but an individual who is very proud to serve and protect our country to the best of our ability. Many people are unaware of the knowledge and skills acquired within the military, Armed Forces Day helps to break down the wall and allow us to provide visibility and promote our excellence." 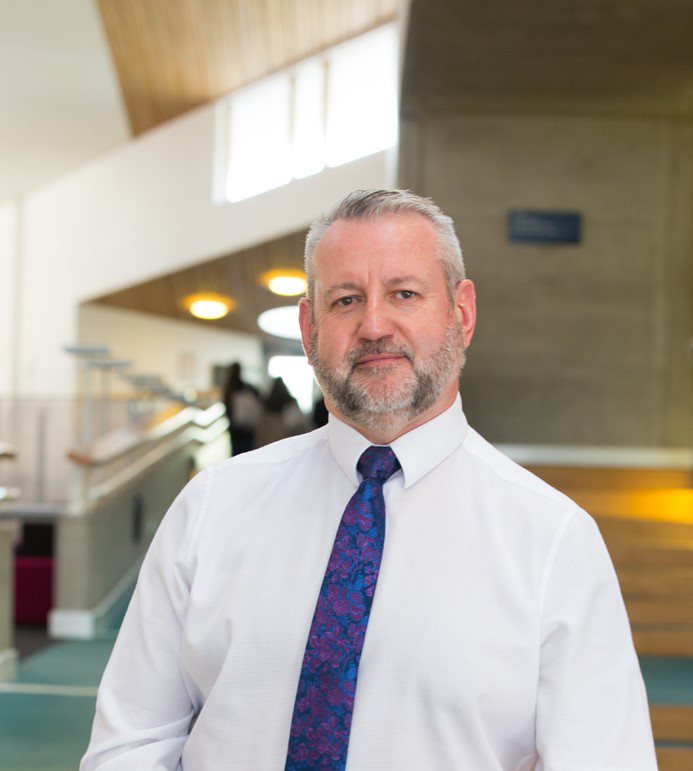 "Armed Forces Day is important to me because it provides an opportunity to recognise and acknowledge the contribution that serving personnel are making and veterans have made to our society.  During conflicts, the general public are made aware of the sacrifices, bravery and heroism of military personnel as a result of daily media reports in newspapers, radio and television, however when those campaigns are over and the spotlight dims, their presence is quickly forgotten.

"Armed Forces Day reminds everyone that the armed forces are still there, fighting for democracy and making a difference. This can be in response to pandemics here and abroad, evacuating British nationals from conflict zones and providing aid to civilian authorities.

"Those serving and retired personnel contribute enormously to freedoms and privileges that we can take for granted. Armed Forces Day acknowledges those individuals."

Stef Alexander – Member of the Veterans and Reservists Staff Network 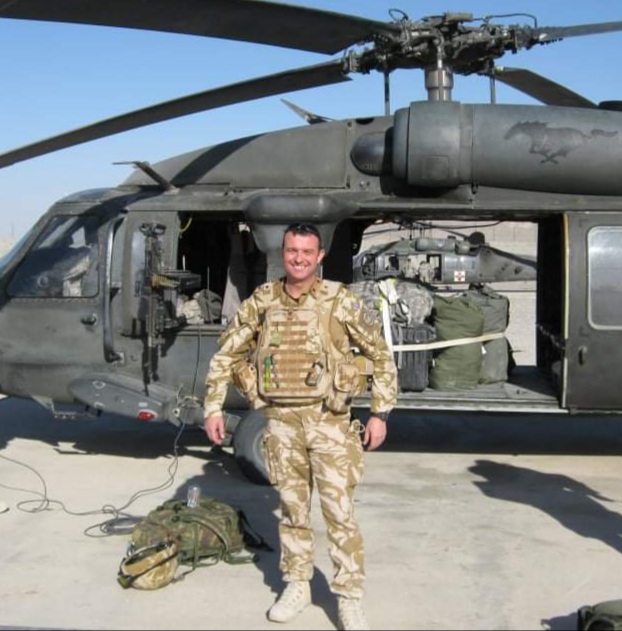 ​​​​​​​"Having spent most of my adult life in the Army, Armed Forces Day provides the opportunity each year, outside of National Remembrance events, to pause and consider those who have served or are currently in the service of our country.

"Military service shaped and defined the person that I am, so in my case it is a time for poignant reflection. Armed Forces Day highlights the selfless commitment of both regular and reserve forces, keeping the armed forces in the public eye. Military service may be a career and lifestyle choice but it should never be taken for granted."

Find more information on how the University supports the armed forces here.