From Boxing Day until New Year’s Day, 29 new DJs and presenters will be given a once in a lifetime opportunity to broadcast on the UK’s biggest youth radio station as part of BBC Radio 1’s Christmas Takeover 2022.

And Sunderland BA Media Production student Chrissy Cameron is one of them.

The 21-year-old, from Hebburn, won Gold for Best Presenter at this year’s Student Radio Awards with the Radio 1 Christmas presenting gig being part of the prize. 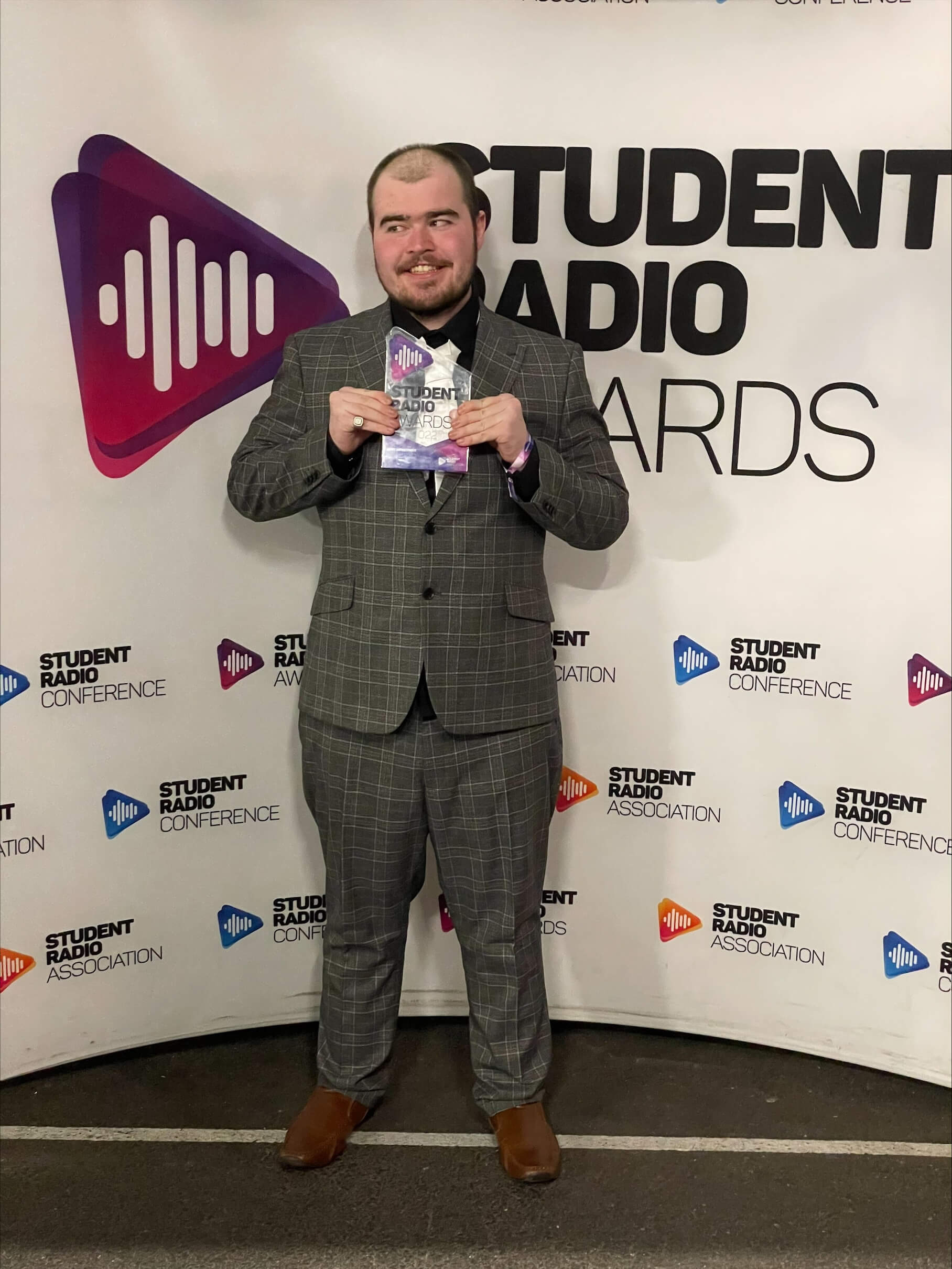 Chrissy, who hosts a hip hop show on the University’s community station Spark, said: “When I started my degree in 2020, I went into it knowing I wanted to present but I didn’t know how to get there.

“Thanks to the amazing support I’ve had from Spark, I’m now in a position I never thought I’d be in, preparing to present my favourite show on Radio 1 over Christmas!”

Now it is Chrissy’s chance to shine when he presents Radio 1’s Future Sounds over the Christmas period.

“To be given the opportunity to present Future Sounds is a dream come true and a real honour. I’m really looking forward to sharing my passion for radio and music to a national audience,” Chrissy said.

Richard Berry, Senior Lecturer in Radio at the University of Sunderland and Manager of Spark, said: “There’s something of a Christmas wish here. I’m sure this time last year Chrissy would not have thought he’d be on national radio this year.

“Chrissy puts heart and soul into what he does and I know he’s going to learn so much from this experience. He’s a natural communicator and I’m sure the Radio 1 audience will love his passion for radio and the music he’s going to be playing.”