Are you thinking of studying BA (Hons) Film and Media? Looking forward to sharing your thoughts on film and cinema? You’re in luck – not only will you get to engage with these topics in class, but you’re also invited to our CineClub.

CineClub began over 25 years ago in Priestman Building, which is now home to our Art, Design and Performance courses. Back then, lecturers would choose a film for everyone to watch, before leading a group discussion – a bit like a class seminar.

When teaching for the Film and Media course moved to the David Puttnam Media Centre at the Sir Tom Cowie Campus, so did CineClub. The films could then be shown in our 200-seater cinema, recreating the experience of how the films were intended to be viewed. Along with the change in venue, there was also a change of ethos, with the new CineClub becoming more democratic; any member – staff or student – could suggest and present a film. The group discussion was still an important part of the club, but with a more relaxed feel – sometimes discussions would carry on in the pub afterwards!

CineClub still operates the same way today, with the film being advertised around the Media Centre the week before. It’s a popular social and enriching activity for many of our students and staff. 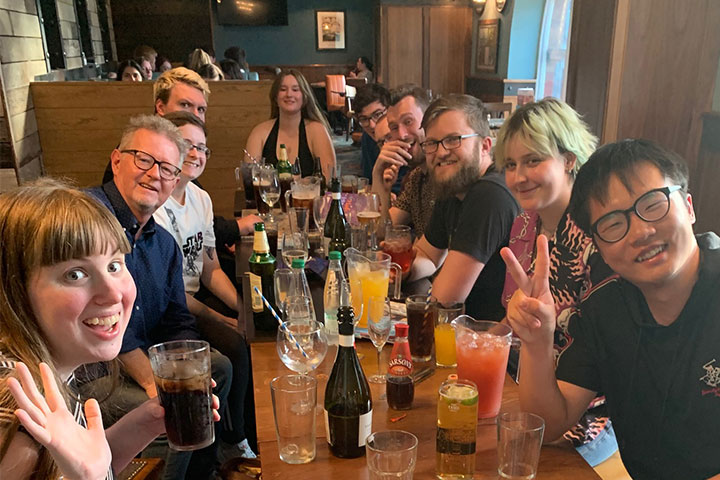 The films often reflect particular themes, such as a suitably spooky film around Halloween, or more recently a viewing of ‘Bend It Like Beckham’ in June 2022, in celebration of the UEFA Women’s Euro. At Christmas there’s even a special ‘Bring Along a Clip’ event, where everyone who attends is invited to bring along a favourite film clip and present it to the group. There’s usually a buffet and often past graduates return to join the group for this annual celebration.

Films we've watched in the past include:

The club is completely free and all are welcome – so make it a regular date in your diary!

If you like the sound of CineClub and the Film and Media course, check out the course page or book your place at an Open Day for more information.

Out and about with Film and Media

As a BA (Hons) Film and Media student, not only do you get to combine your love of film with the fascinating world of media, you’ll also get the opportunity to get involved with extracurricular activities. One of our most popular activities is our organised trips, which aim to enhance your learning experience on the course.

Why work in the creative sector?

Are you considering a creative degree but aren’t sure about the career prospects? Do you wonder what it’s really like to work in the creative industries and what kind of jobs you could apply for after graduation? The creative sector can offer you an exciting and varied career, where often no day is the same and creative thinking is actively encouraged.